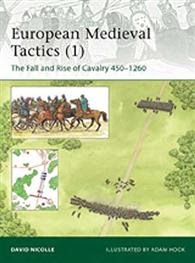 After the fall of the Western Roman Empire there was a decline in ‘professional’ cavalry forces, and infantry dominated in the Germanic successor ‘barbarian’ kingdoms. In the Carolingian and Norman periods from the 9th to the 11th centuries, the cavalry arm gradually expanded from the small remaining aristocratic elite. Even so, the supposedly complete dominance of the ‘knight’ in the 12th and 13th centuries is grossly exaggerated, as integrated cavalry and infantry tactics were nearly always the key to success. This is a two-part treatment of medieval tactics. Throughout the period there was a steady evolution of training in both individual and unit skills, of armour and weapons, and thus of tactics on the battlefield. This book covers Hastings in 1066 to Legnano in 1176. It also details the two key set piece battles of Bouvines in 1214 and Pelagonia in 1259, the former an example of abject failure of cavalry tactics and the latter a stunning success. 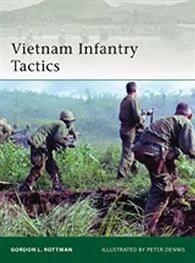 This book reveals the evolving US, Viet Cong and NVA tactics at battalion level and below throughout the Vietnam War. Beginning with a description of the terrain, climate and the unique nature of operations in this theater of war, the author, a Vietnam veteran himself, goes on to explain how unit organization was broken down by combatant forces and the impact this had on the kind of tactics they employed. In particular, the author highlights how units were organized in reality on the battlefield as opposed to their theoretical tables of organization. US tactics included the standard US tactical doctrine as prescribed by several field manuals and in which leaders and troops were rigorously trained. But it also reveals how many American units developed innovative small unit tactics specifically tailored to the terrain and enemy practices. In contrast, this book also reveals the tactics employed by Viet Cong and NVA units including their own Offensive Operations, Reconnaissance, Movement Formations and Security, and Ambushes. 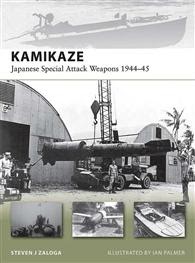 OSPNVG180
Kamikaze: Japanese Special Attack Weapon
$17.95 SRP
The destruction of much of the remainder of the Japanese fleet and its air arm in the later half of 1944 left the Japanese Home Islands vulnerable to attack by US naval and air forces. In desperation, the Imperial Japanese Navy proposed using “special attack” formations, or suicide attacks. These initially consisted of crude improvisations of conventional aircraft fitted with high-explosive bombs that could be crashed into US warships. Called “Divine Wind” (Kamikaze), the special attack formations first saw action in 1944, and became the scourge of the US fleet in the battles for Iwo Jima and Okinawa in 1945. In view of the success of these attacks, the Japanese armed forces began to develop an entire range of new special attack weapons. This book will begin by examining the initial kamikaze aircraft attacks, but the focus of the book will be on the dedicated special attack weapons developed in 1944. It also covers specialized suicide attack weapons such as anti-tank lunge mines. 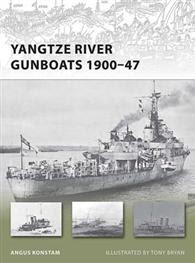 OSPNVG181
Yangtze River Gunboats 1900-49
$17.95 SRP
From the end of the 19th century through the first half of the 20th, most Western powers maintained a naval presence in China. These gunboats protected traders and missionaries, safeguarded national interests, and patrolled Chinese rivers in search of pirates. It was a wild, lawless time in China as ruthless warlords fought numerous small wars to increase their power and influence. This book covers the gunboats of all the major nations that stationed naval forces in China, including America, Britain, France, Germany, Italy, Portugal, and Japan, and looks at such famous incidents as the Japanese bombing of the USS Patay and the dramatic escape of the HMS Amethyst from Communist forces in 1947, which marked the end of the gunboat era. 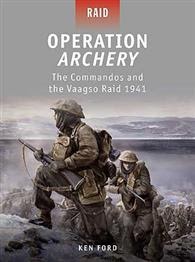 OSPRAID021
Operation Archery - Vaagso Raid 1941
$18.95 SRP
Operation Archery, the raid on Vaagso and Maaloy in Norway on 27 December 1941, was the first true combined operation carried out by British forces involving the Army, Royal Navy and the Royal Air Force. The Islands of Vaagso and Maaloy on the Norwegian coast between Bergen and Trondheim, were selected because they offered a perfect opportunity to damage German installations and morale. Mountbatten, the new head of Combined Operations, hoped to eliminate the local garrison, destroy the fish oil factories and sink enemy shipping. The raiding force consisted of No. 3 Commando, two troops of No. 2 Commando, a medical detachment from No. 4 Commando and a Royal Norwegian Army detachment totaling 51 officers and 525 men. To support the amphibious raid was a flotilla of warships and low-level bomb attacks by the RAF. The raid was launched on Christmas Day 1941, taking the German defenders entirely by surprise. German resistance was stiff, however, and a fierce firefight ensued. Relive the nail-biting action of one of the great raids of World War II in this exciting book, packed with maps and photographs.
Posted by ACD Distribution at 11:10 AM