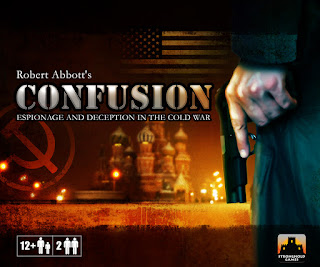 SG2001
Confusion
$59.95 SRP
Confusion takes players back to the early 1960s and the Cold War between the United States and the USSR. Each player takes on the role of their selected nation's spy agency: the CIA or the KGB.
At the start of a game of Confusion, players aren't aware of the talents and skills their spies possess! Your opponent can see what your spies can do, but you cannot. Your job as a wise leader is to first deduce exactly how each of your spies move, then employ your knowledge by using each spy for maximum effect. But be on alert, because your opponent has placed a double-agent in your team of spies!
The first player to take the Top Secret Briefcase from the middle of the board and deliver it to his opponent's side of the board is the winner. 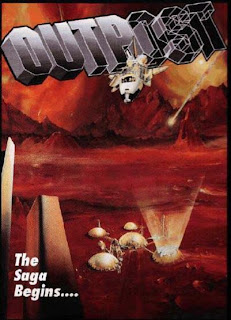 SG2003
Outpost
$49.95 SRP
Outpost™ takes place on the most distant planet in the known Universe. Each player takes on the role of a Colony Commander as they manage resources and build colony upgrades to construct the greatest Outpost on this remote world.
As the Commander, your mission is to build and expand your colony to its fullest. You will purchase new factories, such as Titanium and Microbiotics, operating each of these with either Humans or Robots. You will also compete via bidding to acquire colony upgrades, such as Orbital Labs and Planetary Cruisers, making your colony more efficient and successful. Your success, as well as the success of all the other Commanders on the planet, will be judged based on how large and efficient your colony becomes.
The Commander that builds the greatest colony gains the title of Outpost Director and wins! Outpost™ is a reprint of the highly sought-after “grail game” originally published in 1991.
Posted by ACD Distribution at 4:54 PM