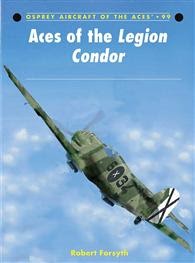 OSPACE099
Aces of the Legion Condor
$22.95 SRP
For Germany, the Spanish Civil War proved a perfect testing ground for new technologies and tactics. During the war, some 19,000 German ‘volunteers’ formed an aviation group called the Legion Condor in support of the fascists. Originally flying He-51s, they were soon upgraded to 109s. These fighters proved dominant in the Spanish skies, and many members of the legion scored five or more kills during the fighting. 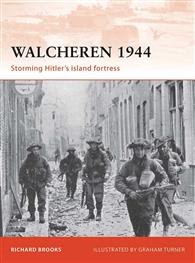 OSPCAM235
Walcheren 1944
$19.95 SRP
Although the Alllies captured Antwerp in September 1944, the port itself could not be opened due to the continued German presence on the island of Walcheren, which guarded the port entrance. In November, the Allies launched an assault on the island, using a number of Commando units. Supported by warships and assault vehicles, the Allies fought their way ashore and engaged in deadly streets battles with the Germans. 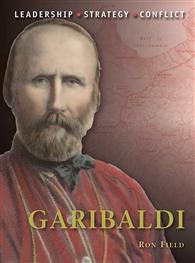 OSPCMD014
Garibaldi
$18.95 SRP
This book looks closely at the life, military experiences and key battlefield exploits of Giuseppe Garibaldi. Born on 4 July 1807 in the city of Nice, the turning point in his life occurred in April 1833 when he met Giovanni Battista Cuneo, a member of the secret movement known as ‘Young Italy’. Joining this society, Garibaldi took an oath dedicating his life to the struggle for the liberation of his homeland from Austrian dominance. The subsequent years would see him fighting in Brazil, in the Uruguayan Civil War, and on the Italian peninsula. Between 1848 and 1870, Garibaldi and his men were involved in a prolonged struggle that eventually led to the final unification of Italy in 1870. 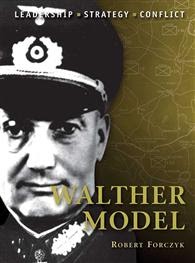 OSPCMD015
Walther Model
$18.95 SRP
This volume details the military career and accomplishments of Walther Model, the youngest General Field Marshall in the Wehrmacht in World War II and Hitler’s favorite commander. Model was a tough and tenacious commander, particularly when on the defensive, and his career rise was virtually unprecedented in German military history. Model really made his mark late in the war, when time was already running out for the Third Reich, but time and again he was rushed from one crumbling front to the next and succeeded in temporarily restoring the situation. Above all, Model deserves recognition as one of the great defensive commanders of modern military history. OSPDUE034
E-Boat vs MTB
$17.95 SRP
During WWII, German E-Boats were so active in the English Channel that the narrow stretch of water became known as ‘E-Boat Alley’. To counter the threat of these E-Boats, Britain brought its coastal forces to bear – flotillas of small Motor Torpedo and Gun Boats (MTBs and MGBs) and Motor Launches (MLs). As the Germans sought to maintain their supremacy in Channel waters, they continued to develop their E-Boat designs to accommodate more armor and more firepower. Rather than matching the newer E-Boats for armament, the British developed several types to fulfill the varied roles for which the Kriegsmarine were attempting to use the E-Boat. This book details this developing conflict, examining the evolution of the boats involved, and covering the their battles from fights in the Thames Estuary to the build-up for D-Day.
Posted by ACD Distribution at 11:08 AM