Expected over the next several months 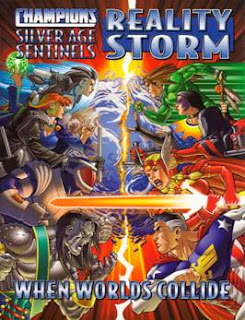 The greatest heroes of two worlds . . . together at last!

When the deadliest villains of two universes - Dr. Destroyer and Kreutzritter - team up to threaten both realities with their evil schemes, it's up to the heroes of both worlds - The Guard and the Champions - to join forces and stop them . . . but they need your heroes' help if they're going to succeed! Reality Storm presents this pulse-pounding superhero adventure for two game systems - Champions and Silver Age Sentinels - with enough action and adventure to satisfy any campaign!
Reality Storm includes: 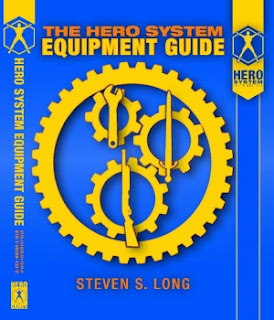 DOJHERO1007
HS: 6th Edition, Equipment Guide
$34.99 SRP
Expected Shortly
The Hero System Equipment Guide contains hundreds of pre-generated weapons, defensive devices, sensors, communication devices, movement devices, and other gadgets for use in your HERO System games. It includes only personal equipment - the sorts of weapons and devices characters might carry themselves on their adventures. 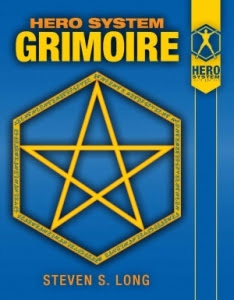 DOJHERO1201
Fantasy Grimoire 6th Edition
$34.99 SRP
Expected Shortly
The HERO System Grimoire presents thousands of pregenerated spells in a wide variety of categories - alchemy, necromancy, divine magic, and more. IF you can't find the spell you want in this book, you can easily use its contents as guidelines for designing your own spells. 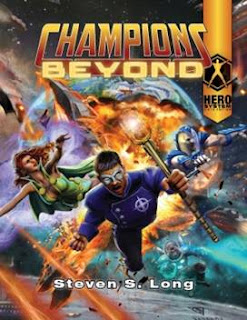 DOJHERO1106
Champions Beyond
$34.99 SRP
Expected in June
SUPERHEROING AMONG THE STARS!

Evil and injustice aren't confined to Earth. It's a big galaxy out there, full of threats and enemies for superheroes to battle. Champions Beyond is your guide to outer space, other planets, and aliens in the Champions Universe - worlds and worlds of adventure! It includes:
-A review of humanity's history with aliens, including information on and Templates for the alien species humans have encountered
-A look at what's happening on the Moon and the planets of Earth's solar system
-A detailed description of Malva, the most advanced planet in the Galaxy, including the famed Malvan Arena and its super-gladiators
-Information on the major alien menaces currently confronting humanity: the Hzeel, the Qularr, the Gadroon, and the Elder Worm
-A description of the Star*Guard, the Galaxy's greatest defenders of justice and freedom
-The secrets of the Galaxy revealed, including information on aliens humanity hasn't met, the secret origin of the Progenitors, the truth behind Selenus, and more 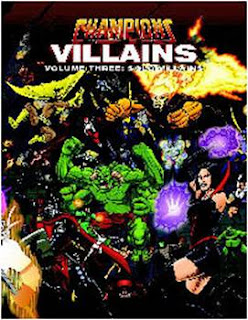 DOJHERO1105
Champions Villians III: Rogues
$41.99 SRP
Expected in June
Champions Villains — a trilogy of Champions supplements — describes the bad guys of the Champions Universe in thorough detail. It doesn’t describe every single villain, of course (three books, even big ones, aren’t enough for that), but within these three volumes you’ll find over 300 villains — the most important, intriguing, dangerous, and defining supercriminals in the setting. This book, Volume 3, covers solo villain: villains who aren’t a part of any specific team, who work as mercenaries for whoever can pay them, or who just prefer to keep to themselves. 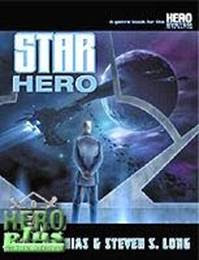 The latest in the Hero Games line of genre books, Star Hero discusses and describes the science fiction genre for gaming, and shows how to create characters, campaigns, starships, and other elements of the science fiction using the HERO System rules. It includes:
- a complete review of the science fiction genre, from the grittiest Low SF and Military SF stories to the most extravagant Space Opera adventures, with guidelines and suggestions for simulating each part of the genre using the HERO System rules
- discussions about alien life and civilizations, planets, and stars incorporating both the latest real-world discoveries and the artistic license science fiction stories require, with random generation table to help GMs create entire star sectors and worlds quickly and easily
- a detailed chapter on technology, with dozens of example weapons and devices, and including rules for establishing and altering "technology levels" for civilizations and campaigns
- expanded HERO System rules for creating and using starships, mecha, hovercraft, and space stations
- a review of esoteric subjects like psionics and time travel
- a comprehensive chapter on gamemastering science fiction games

Posted by ACD Distribution at 5:32 PM