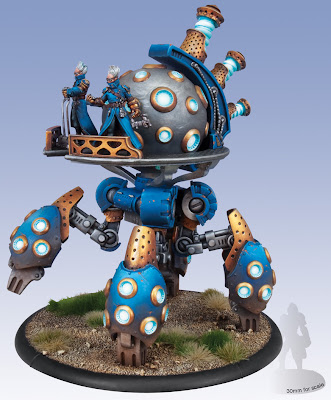 PIP31078
WM:Cyg Storm Strider Battle Engine
$84.99 SRP
Towering above its enemies, the lightning-wreathed Storm Strider moves across the battlefield raining voltaic death upon all who stand against Cygnar. Its lightning cannon represents the pinnacle of stormsmith achievement. More devastating still is the Storm Strider’s ability to capture and store the energy of enemy attacks, enabling it to use that kinetic force to augment its withering lightning blasts. A player may field two Storm Striders for each warcaster in a Cygnar army.
No
Image
Available

PIP31091
WM:Cyg Gallant Heavy Warjack Upgrade Kit
$13.99 SRP
Based on the Ironclad chassis and heavily modified by Sancteum armorers, Gallant is a walking instrument of righteous battle and the favored warjack of the warcaster Constance Blaize. In combat Gallant wields the mighty blade Lasting Light to strike down the enemies of Morrow as dictated by the Prayers for Battle, the holy catechism mounted onto its hull.
The Gallant warjack upgrade kit is NOT a complete model. Players will need a Cygnar heavy warjack plastic kit (PIP 31062) in addition to this kit. A player may field one Gallant in a Cygnar army or Highborn Covenant Mercenary army. 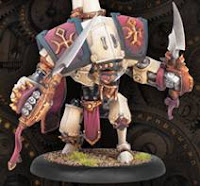 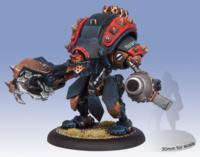 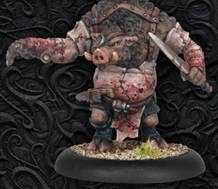 PIP75036
Hordes:Minion Targ Character Solo
$13.99 SRP
The disfigured farrow assistant of Dr. Arkadius, Targ aids his master in the laboratory and tends the violently unpredictable farrow warbeasts. Targ can push a warbeast to lash out with an unpredictable attack, administer vital medical care to his charges, or provide guidance to farrow warbeasts that wander too far from their masters.
A player may field one Targ in a Thornfall Alliance Minion army or in a HORDES army that contains at least one Minion warlock.

As the fury of war shatters the fragile peace, the nations of the Iron Kingdoms prepare to unleash new weapons against their foes. While old grudges bring about new hostilities, a sinister force prepares to cast its shadow across all of Immoren as events unfold that will change the Iron Kingdoms forever!
The WARMACHINE: Wrath book release event kit brings back the ever-popular faction coins to help celebrate the ongoing epic saga of the Iron kingdoms. This kit contains 1 championship coin and 6 WARMACHINE faction coins (1 for each faction).

Posted by ACD Distribution at 4:25 PM