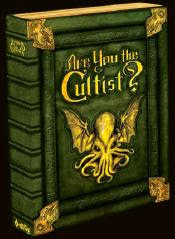 You have been cordially invited to a private event! The roaring 1920's.
Players take on the role of investigators who have traveled into the nearby mountains to a remote mansion that holds a terrible secret. Unfortunately, a vicious storm has blown in, trapping the investigators, and knocking out both electricity and telephone.
Inside the group cultists have been quietly waiting to strike - that time is now! Each night, cultists murder one of the investigators, while each day investigators put someone to death with the hope of rooting out the cultists.
No
Image
Available
WDF33000
The Void
$29.99 SRP
It is a good time to be alive. The nations of the world still exist, but they have become more civilized. But, alas, it is not to be our time.
Something approaches, a thing on an orbit from far away. Seemingly a large shard of dark matter, this object is known in obscure prophecy as the Chthonian Star. It is awakening things long thought lost or dead, things that have slumbered awaiting its return.
The Unified World Council sends out special teams of sanctioned Wardens, whose job it is to ascertain the new threats to human life, to learn everything they can about them, and fight theme wherever they are found.
Posted by ACD Distribution at 5:55 PM

Email ThisBlogThis!Share to TwitterShare to FacebookShare to Pinterest
Labels: are you the cultist, june, rpg, the void, wildfire