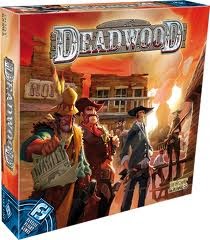 FFGDU14
Deadwood
$34.95 SRP
Scofflaws are brawling in the streets of Deadwood. The railroad is being built, and to you and the other gangs in the Dakota badlands, this means one thing: cold, hard cash. As a cowboy on the wrong side of the law you know just how to take control of this shanty-town: threaten, fight, and kill off your rivals.
Deadwood is a board game of cowboys and control for 2-5 players, and is playable in 1-2 hours. Players control a gang of cowboys and send them into the vulnerable town of Deadwood to control businesses and collect as much money as they can. The player with the most cash at the end of the game is the winner.
The 26 possible buildings that can be constructed in Deadwood promise variety in each game. With three possible ways for the game to end, your every decision either to stay at a building, instigate a shootout, or build the railroad can change the course of the game. In the reckless and exciting game of Deadwood, there’s no telling the final outcome! 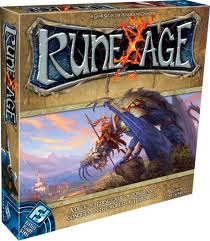 FFGRA01
Rune Age
$34.95 SRP
Rune Age is an exciting deck-building game of adventure and conquest for 2-4 players.
Set in the fantasy realm of Terrinoth (Runebound, Descent: Journeys in the Dark, Runewars, and DungeonQuest), Rune Age puts players in control of one of four races, vying for dominance in a world embroiled in conflict. With war on the horizon and whisperings of a prophetic storm approaching, now is the time to gather all your strength and set out to forge your place in Terrinoth’s book of legends!
Designed by Corey Konieczka, Rune Age is a unique deck-building game that centers around scenarios. Each of the four included scenarios presents different objectives for players, ranging from competitive to fully cooperative. Will you wage war against each other in search of the legendary dragon runes? Or will you pull your forces together and face the deadliest storm Terrinoth has ever seen? The choice is yours. 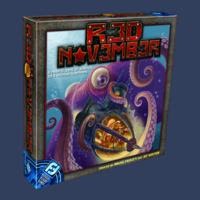 FFGSL08
Red November Revised Edition
$34.95 SRP
Red November is a cooperative board game for 3-8 players (or 1-2 with optional rules), and is playable in 1-2 hours.
Control desperate sailors in a frantic race against the clock. Can you survive in the submarine until you are rescued? To prevent destruction, players must work together to complete tasks as efficiently as possible. Players act as the Gnome sailor crew, moving inside the submarine and fixing the most pressing problems or collecting items to help in repairs. Each movement and action takes a certain number of precious minutes and triggers the drawing of Event cards, which cause more disasters. Players must continue in this manner until the submarine is lost or rescued.
The revised edition of Red November introduces a larger game board, Item cards, and clarified rules. The larger game board allows a greater number of players more room and accessibility. The previous Item tokens have been transformed into Item cards, providing an easier handling experience, and eliminating the necessity to check reference sheets during turns. 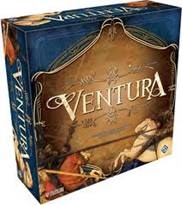 FFGST07
Ventura
$79.95 SRP
In an age of great battles, valiant leaders, and unscrupulous mercenary armies, fortune lies within your grasp.
Ventura is a board game of nobility and conquest for 2-4 players.
Set in 14th century Italy, Ventura puts players in control of warring noble houses, each vying for control of the countries growing wealth. Balance your house’s earnings and maintain your hired soldiers to keep your family’s noble standing. Remember, the best armies are also the ones that cost the most!
With more than 120 plastic pieces, 40 Territory tiles, 4 Family Boards, a scoring board, and over 100 cards, Ventura will whisk players into a world of warring mercenaries and noble families, all seeking control of Italy’s burgeoning wealth.
Posted by ACD Distribution at 3:27 PM