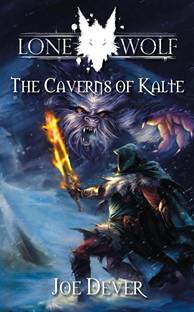 MGP1255
LW: Lone Wolf 3 - Caverns of Kalte (HC)
$29.99 SRP
You are Lone Wolf – last of the Kai Lords. Shocking news has just reached your homeland that Vonotar the Traitor still lives and now rules over the Ice Barbarians of Kalte. The King has vowed to your people that Vonotar will be brought to justice for his crimes. But it is a promise that only you can fulfill. 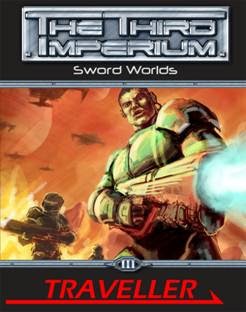 MGP3865
Traveller: Sword Worlds
$24.99 SRP
Beyond the borders of the Imperium, deep in the Spinward Marches, lies the Sword Worlds, said to be a wild place of fierce men, bush wars and quick tempers. The Sword Worlders are humans who primarily live in the Sword World subsector of the Spinward Marches. Their Confederation spans over a dozen star systems, and is thus one of the more notable minor states in the sector.
Sword Worlders are generally militant, conservative and hot-headed. This has landed them in numerous interstellar disagreements during the 15 centuries that their civilization has existed. This sourcebook takes a look at the culture, characters, politics and technologies of the Sword Worlds, and Travellers are encouraged to visit, if they are tough enough. 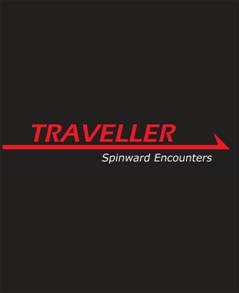 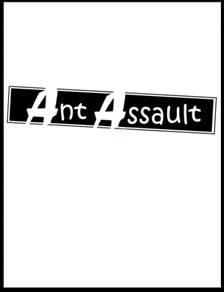 MGP5102
Ant Assault
$14.99 SRP
Ant Assault is quick and easy to learn card game that puts each player in charge of their own ant hive. They must send parties of ants out to forage, all the while defending themselves and their hive from assault by the other players. Players can experiment with many types of ant, including scouts who root out the enemy and find new resources, honey pot ants who store food, soldier ants who fight, and the dreaded bullet ants who lead assaults. Enter the world of an ant hive, and dominate the garden! 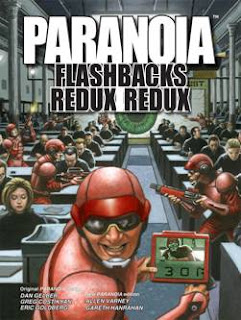 MGP6679
Paranoia: Flashbacks Redux Redux (HC)
$39.99 SRP
The most popular XP-edition missions are back, in their 25th Anniversary guise!  Filled with hand-picked classic adventures from all previous editions of Paranoia, Flashbacks Redux Redux is gaming hilarity at its greatest. This is the second compilation of classic Paranoia missions, and should not be missed! These and many other classics are found in Flashbacks Redux Redux, all suitable trimmed, tweaked and tailored for the latest edition of Paranoia: Troubleshooters.
Posted by ACD Distribution at 10:46 AM