OSPACE097
Naval Aces of World War 1 Part I
$22.95 SRP
In the first of a two-part study covering all of the naval fighter pilots to achieve ace status during World War I, author and artist Jon Guttman examines the elite members of the Royal Naval Air Service (RNAS).
The first to employ Sopwith’s excellent line of scouts, such as the Pup, Triplane and Camel, some of the RNAS pilots such as Raymond Collishaw, Robert A Little and Roderick Stanley Dallas rated among the most successful fighter pilots in the British Commonwealth. This book covers all of the members of the RNAS who ‘made ace’.
The Second Volume will cover the naval Aces from the other participants in the war. 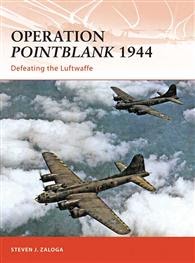 OSPCAM236
Operation Pointblank 1944
$19.95 SRP
Operation Pointblank was the code name for the United States Army Air Force’s attempt to destroy German fighter capability through the use of daylight strategic bombing in advance of the D-Day landings.
Launched in 1943, the operation immediately met with severe problems, most notably the horrible attrition experienced by the US bomber forces. However, with the arrival of the P-51 Mustang, the United States was able to equip the fighters to fly on long-range-bomber escort missions and take the fight to the Luftwaffe in the skies over Germany.
This book examines the entire operation from both the Allied and the German perspectives, covering all the main decisions and technological innovations made by both sides in this epic struggle. 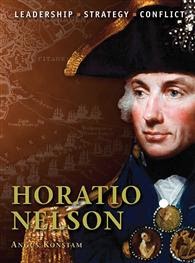 OSPCMD016
Horatio Nelson
$17.95 SRP
The most famous admiral in history, Horatio Nelson’s string of naval victories helped secure Britain’s place as the world’s dominant maritime power, a position she held for more than a century after Nelson’s death.
A young officer during the American Revolution, Nelson rose to prominence during Britain’s war with Revolutionary France, becoming a hero at the battle of Cape St. Vincent. He went on to win massive victories at the Nile and Copenhagen, before leading the British to their historic victory at Trafalgar in 1805.
But, in that moment of his greatest glory, Nelson was struck down by a French sharpshooter. Today Nelson is revered as an almost mythical figure – a naval genius and a national hero. He was also a deeply flawed individual whose vanity, ego and private life all threatened to overshadow his immense abilities. This book reveals the real Nelson. 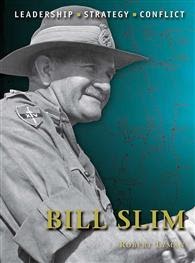 OSPCMD017
Bill Slim
$17.95 SRP
'Bill' Slim was one of the greatest British generals of World War II.
In a career that stretched from 1914 until 1958, Bill Slim's greatest triumphs came in India and Burma in the long war against the Japanese. Thrust into a desperate situation, he orchestrated the longest retreat in British Army history in the withdrawal from Burma. He then turned on the Japanese in India, shattered their army, and pursued them to destruction.
Apart from his great military victories, Slim also left a legacy of training and morale building that endures in the British Army to this day. This book examines both Bill Slim’s military career and his place in military history by examining some of his greatest battles and the strategy and tactics that set him apart from his contemporaries. 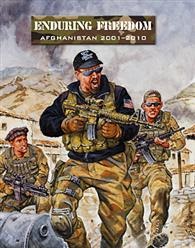 OSPFCE002
Enduring Freedom
$24.95 SRP
This latest expansion for Force on Force provides players with everything they need to recreate battles in the deserts of modern Afghanistan.
Beginning with a detailed background section, the book presents extensive orders of battle for all of the combatants, including the Coalition, Northern Alliance, Taliban and Al-Qaeda. It also presents numerous new scenarios, new mission objectives and guidelines for constructing your own scenarios.
This book is an indispensable guide for depicting the complex and intense pressures of combat in Afghanistan on the tabletop. 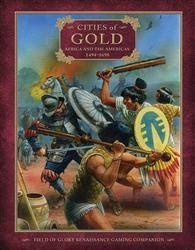 OSPFG1006
Cities of Gold
$17.95 SRP
Follow Cortés and Pizarro in a quest for El Dorado or stand against the onrush of European expansion and colonialism with Cities of Gold, the sixth Field of Glory: Renaissance Companion.
With artwork, maps and historical overviews, Cities of Gold journeys from the mountain stronghold of Machu Picchu and the great city of Tenochtitlan, to the forests and lakes of North America and the deserts and jungles of Africa, to bring you the forces and foes of the Aztecs, Incas, Tuaregs and Conquistadors.
Posted by ACD Distribution at 3:58 PM