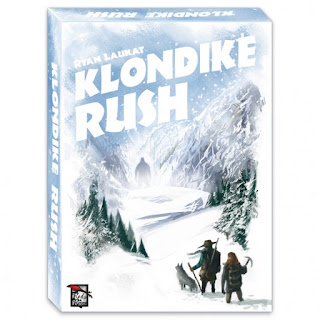 Explorers have discovered gold on Mount Titan! Four mining companies rush to grab the fortune, even as reports emerge of an abominable snow beast capturing miners and destroying camps. Will you strike it rich as you invest in and guide the endeavors of each company? Will you hunt down the snow beast and claim the cash reward for its capture?

Klondike Rush is a bidding/stock game set in a gold rush setting where players build mines along different routes. Players will also get a chance to score a big reward if they hunt down a wild monster that's been scaring the miners.

Retailers! Get this FREE Promo Kit from USAopoly!

USAopoly is excited to announce their new Retailer Support Program! This program will give support to retailers to promote and sell the releases from USAopoly. USAopoly wants to empower retailers to promote their new and continuing games with marketing assets to either host local game nights, create awareness in store and online, and generate excitement for their products with fans of all ages. 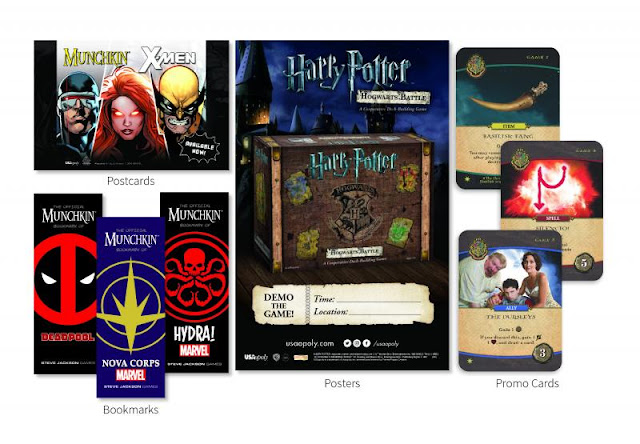 Posted by ACD Distribution at 4:55 PM No comments: 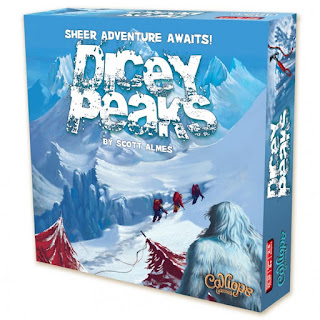 $30.00 SRP
You’ve heard of Mt. Everest, K2, and Denali, but only the toughest and most courageous mountain climbers dare to summit the Dicey Peaks™ of Yeti Mountain at 29,128 feet. The terrain is treacherous: the snow is blinding, its glaciers are sheer cliffs, and the temperature hovers at 72 degrees below zero. But the real danger is from the sinister Yetis, for they strike when least expected!

In Dicey Peaks™, players take on the role of brave adventurers racing to be the first to reach the fabled flag atop Yeti Mountain. To succeed, they must choose which dice to roll and skillfully manage their oxygen supply! Each turn, players make important choices about when to climb and when to rest. As they forge ahead, the mountain tiles are revealed, introducing hazards and surprises. Additionally, the Yetis are always lurking, and encountering them can terrify players to move ahead even when it isn’t their turn.

Contents:
Posted by ACD Distribution at 4:42 PM No comments: 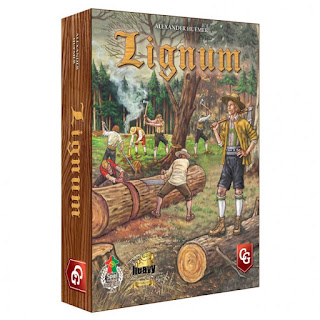 $69.99 SRP
Starting with a limited amount of resources and workers, you set out to run your lumber mill as efficiently as possible. Savvy investments and proper planning will ensure that your mill will be the most profitable.

Be cautious, however, for competition is fierce! You will need to secure the best cutting areas, make use of the limited contract workers, and continually update and replace your equipment. Your competitors are now the only things to worry about as you will also need to store enough firewood and food to survive the harsh winters. 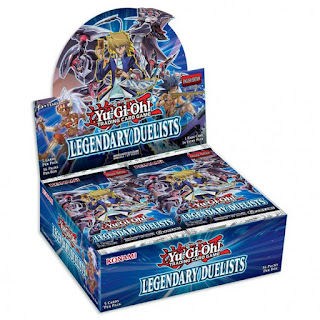 Posted by ACD Distribution at 12:40 PM No comments: 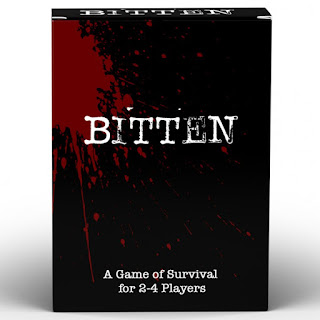 $15.00 SRP
NPI
You and your group are survivors of the zombie apocalypse. Your supplies are low. Tension is high. On your last supply raid there was an attack...and it is possible one of you has been bitten...

You have five minutes to either gather enough supplies to leave your group...or you must discover and eliminate the player who has been bitten.

Contents:
Posted by ACD Distribution at 12:55 PM No comments: