Scheduled For Release in October 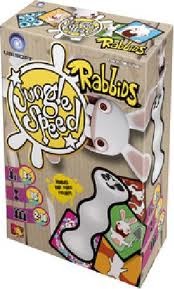 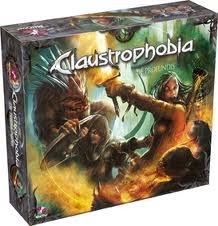 ASMCLAU02
Claustrophobia De Profundis
$49.99 SRP
UPC 9782914849814
1635. Humans and infernal creatures confront each other for many months in the underground tunnels of New Jerusalem. These countless fierce battles eventually leave the warriors on both sides completely battered. Who can save the day? With De Profundis, the Siccaria, powerful warriors, reinforce the human army, and terrible rabid hounds join the camp of the underworld. New rooms with new effects and twelve Machiavellian scenarios await you in a hellish expansion! The game box contains 4 painted figures, 10 tiles, two plastic stands, 10 damage tokens, a counter sheet, 52 cards and a rulebook containing 12 scenarios. 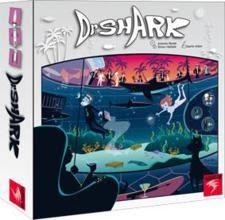 ASMDRSH01US
Dr. Shark
$40.00 SRP
UPC 7612577101009
The evil Dr. Shark is holding a cocktail party on his private island. Spies will try to gather clues hidden in the pool in order to build a case against Dr. Shark. In turn, the players move their spy towards a free space at the bottom of the pool. They then gather clues by searching bare-handed in a bag, by following various directives. They could end up searching by only paying attention to the shapes or textures of the clues, search by the handful, or actually look into the bag to get the clue of their choice. The search ends if they find a shark or if the timer runs out. They must then sort out the clues to work out the proof (the clues earned must correspond to the images shown on the tokens placed next to the game board). The game lasts a variable number of turns depending on the number of players. The spy with the most points when the game ends wins.

ASMHAT01
Hattari
$19.99 SRP
UPC 3558380012429
A crime scene, three suspects, one victim, and clues ... Guess who is the culprit, to accuse him or to deceive the other players! Each player receives a "suspect profile" and 5 accusation markers. Three suspect profiles are placed upright in the center of the table, and one profile is placed face down, next to the other three. That's the victim of the crime. The goal is to unmask the the culprit among the three standing suspects. 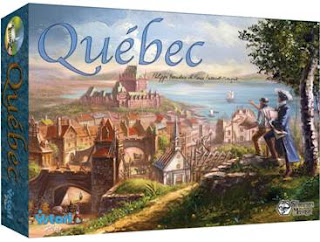 ASMQUE01
Quebec
$59.99 SRP
UPC 3558380012887
1608, beginning of New France and foundation of Québec city. In this game, you are at the head of a rich family seeking to build the historically charged and architecturally rich city of Québec. You will have 4 centuries to erect the most beautiful buildings while ensuring your presence in the great spheres of influence of the time. Relive history, meet larger-than-life historical figures and realize the grandeur of Québec city! 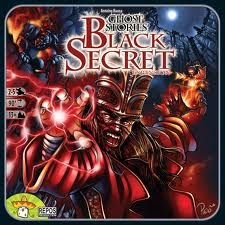 ASMGHOMU03
Ghost Stories Black Secret
$46.99 SRP
UPC 5425016920695
This second expansion for Ghost Stories offers one player the chance to take on the role of Wu-Feng in opposition to the courageous Taoists who are defending the cursed village. In addition to his Ghosts, Wu-Feng will also be able to call upon the fearsome Demons to search the Catacombs and also throw Curses on the Taoists. To face the new threat, the Taoists have the benefit of new weapons, the Bloody Mantras and the Blood Brother ability. Their victory condition remains unchanged: all of Wu-Feng’s incarnations must be exorcised!
Posted by ACD Distribution at 1:10 PM