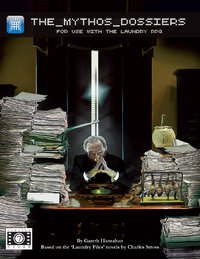 CB71204
Laundry: The Mythos Dossiers (SC)
$24.99 SRP
Deep beneath London, the Laundry archives occupy several miles of disused subway tunnel. The shelves are crammed with eyewitness statements, newspaper cuttings, court transcripts, the diaries of madmen, autopsies, scientific papers, and other archived material. Will your investigations take you into the unending vaults, or spring from them? The Mythos Dossiers contains dozens of reports, handouts, eyewitness accounts, and deranged speculation about the horrors of the Mythos. Read them at your peril. 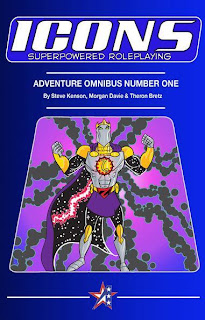 CB75015
ICONS: Adventure Omnibus Number One (SC)
$29.99 SRP
Stop a supervillain from assembling the twelve Zodiac Gems to become the master of the world — Face off against mercenaries, missing scientists, and a top-secret neural network research project that is far more than it was ever intended to be — Discover sins of the past as you look into the final years of the original supers — Uncover the truth behind the brutal murder of a small-town high school student and the mysterious disappearance of a scarecrow — Go up against the villains in a diabolical contest without being drawn into The Mastermind Affair. 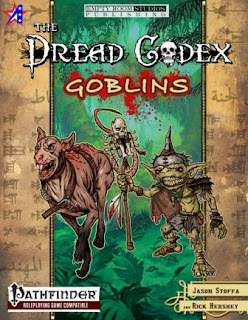 CB75016
PF: The Dread Codex: Goblins (SC)
$24.99 SRP
Cruel and simple, goblins are slain effortlessly by any competent adventurer. But is that statement—either part of it—necessarily true? Fiesty and cunning, goblins don’t have to be a throw-away low-level threat that bores your players halfway through 1st level. The Dread Codex: Goblins gives these colorful creatures the attention they deserve, with rules for goblins as playable races, nine playable sub-races, goblin-specific base classes, feats, weapons, equipment, magical items, and monsters. CB76401
In Flames Core Rules (SC)
$29.99 SRP
You once carved worlds from pure matter, danced in the corona with suns and created life as playthings. You molded the very stars themselves, and held worlds in the palm of your hand. But times change. You committed a crime. Now you must walk these lesser worlds—the Flame Worlds— among the billion souls trapped in this mundane existence. Seeking forgiveness and resolving your guilt as you work toward a return to your divine state. What will you discover among the mundane Flame Worlds? Who knows, but if it ends your exile, it is worth it. 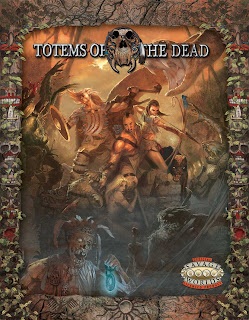 CB76720
SW: Totems of the Dead (HC)
$39.99 SRP
Explore the cliff-side ruins of the ancient Stone Shapers and seek treasure in the abandoned monuments of the Mound Raisers. Face off against the sasquatch, wendigo and Uktena serpent, or beat back nameless horrors that awakened from a forgotten age. Rediscover the totems of ancient pre-human cultures. Stoke the fires of bravery in your own heart by singing your death song, and above all, struggle to survive in this savage world! Totems of the Dead is an innovative sword & sorcery setting inspired by Native American stories and mythologies combined with the Norse Vinland Saga. 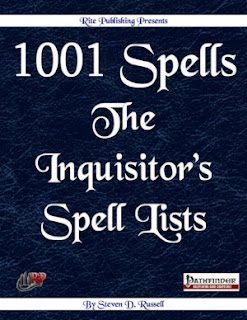 CB76806
PF: 1001 Spells (HC)
$39.99 SRP
From cantrips and orisons all the way up to world-changing 9th-level spells, you can now make your character’s spellbook truly unique. It’s not just 1001 spells—it’s realizing the vision you’ve always had for your spellcaster! From spells that are cast as move, swift, and immediate actions to maw of the purple worm, which lets you swallow your opponents whole, 1001 Spells brings you at least a hundred spells for each level of casting. 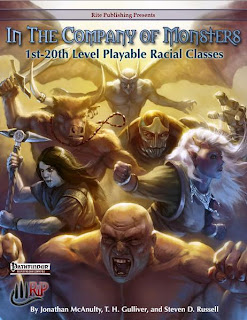 CB76807
PF: In the Company of Monsters (SC)
$19.99 SRP
This compilation of six evocative player races and racial paragon classes is sure to bring new and exciting character concepts and encounters to your game. These new options include gargoyles, giants, ironborn, minotaurs, restless souls, and the wyrd. In the Company of Monsters makes these races playable at all levels—1st through 20th—as well as giving you feats, paths, and spells centered on each of them. 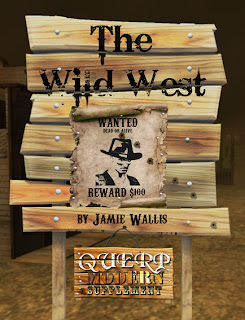 CB77312
QUERP: The Wild West (SC)
$26.99 SRP
Rob a train with Robert Leroy Parker (otherwise known as Butch Cassidy) and the Wild Bunch, or take up a gun with the Pinkerton’s National Detective Agency posse who hunts them down. Play a Civil War outlaw, a lawman, or a red Indian warrior—or any of the colorful character types from the American west between 1840 and the early 1900s. Based on factual research, this sourcebook has everything you need to run a rootin-tootin gun slinging games evening. 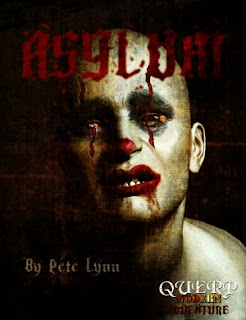 CB77313
QUERP: Asylum (SC)
$21.99 SRP
The first thing you remember is waking up in the back of a van. In a straight jacket. You weren’t alone; there were others. And those men in the white suits. Who are you? How did you get here? Why are you here? Who are these people with you? Why are you being treating like this? 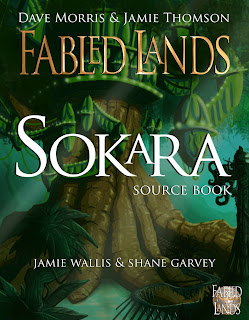 CB77321
Fabled Lands: Sokara War-Torn Kingdom SC
$19.99 SRP
Based on the series of single-player gamebooks published in the 90s (also appearing under the name Quest), Fabled Lands is an RPG that expands the experience to a full party of players. Sokara is the first of six settings introduced in the most popular Fabled Lands gamebooks. Explore a county torn apart by deceit and civil war, divided between the followers of the dead king’s heir and the man who murdered him. Knights, monsters, royalty, and a smoldering city are just a few pieces of source material ready to be included in your Fabled Lands games. 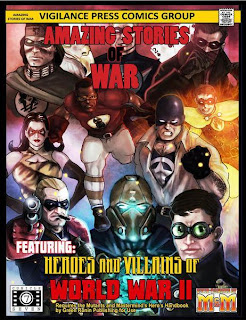 CB77800
MM: Heroes & Villians of World War II
$19.99 SRP
It was the greatest conflict in human history—but there was a side to the battle you won’t learn about in school: The superhuman side. Find full stats and backgrounds for the heroes and villains that waged this conflict for America, Britain, Germany, Japan and Russia. Fight with them or against them—on land, in the air, on the sea and beneath the waves, in a series of thrilling adventures. 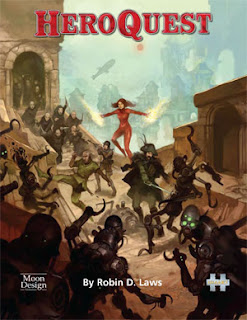 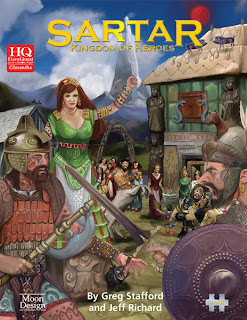 CB77901
HeroQuest: Sartar Kingdom of Heroes (SC)
$59.99 SRP
The Flame of Sartar has been extinguished. For generations, our wise kings and powerful magicians fought against the armies and demons of the Lunar Empire and kept us free. Now, the people suffer under the tyranny of the Red Moon. In every hill fort, village, and tribe, there are prophesies of a new liberator who shall start the Hero Wars and free Sartar—the Argrath. Is it your destiny to be this Argrath and relight the Flame of Sartar? Everything you need to run a HeroQuest campaign set in the core of Greg Stafford’s legendary Glorantha setting. 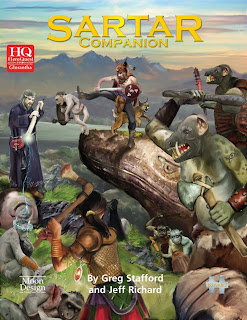 CB77902
HeroQuest: Sartar Companion (SC)
$49.99 SRP
Ready to set out on your Gloranthan adventures in Sartar? The Sartar Companion kits out HeroQuest Glorantha players and GMs with details on dozens of locations and characters, over 70 encounters (many potential adventures in their own right), half -a-dozen Sartar cults, and six full-length adventures. It’s an entire campaign in one hefty volume!

Posted by ACD Distribution at 1:40 PM