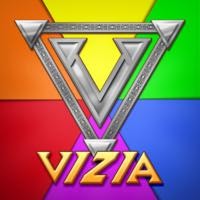 ASMVIZ01
Vizia
$12.99 SRP
Vizia consists of 72 colored triangular tiles, with a dozen triangles in each of the primary and secondary colors, and 48 player tokens, a dozen in each of four colors.
Vizia includes five variant rules for advanced play that can be mixed-and-matched as desired, such as scoring a bonus for a player's largest group of tokens, removing a token from play in order to move a tile already on the board, and reducing the number of communal tiles (which lessens luck of the draw). 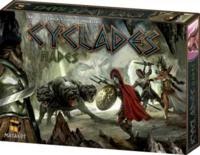 ASMCYC02US
Cyclades: Hades
$44.99 SRP
The Cyclades are currently at peace, but the sound of furious battles still echoes in our memories. Is this a long lasting peace or nothing but a short truce?
There are whispers that Hades will soon return, bringing his undead phalanxes and ghost ships… Every city-state will need to demonstrate their skills at recruiting powerful heroes and gaining the favors of all the gods of Olympus, even terrifying Hades, to extend its supremacy over his opponents.
This box contains several modules which can be incorporated one by one into the basic game, according to the desires and experience levels of the players.
The game box contains
22 tiles (1 Hades tile, 1 Necropolis building ship, 4 Theater building ships, 8 Prosperity Markers, 8 Divine Favors Tiles)
30 cards (6 heroes, 10 magic items, 5 mythological creatures, 9 priestesses)
17 figurines (5 undead troops, 5 undead fleet, 6 hero figurines, 1 Cerberus figurine)
and a rulebook. 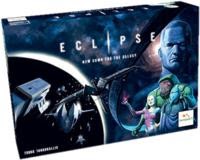 ASMECLI01
Eclipse- Sci-Fi Game
$99.00 SRP
2-6 Players
Ages 12+
120 Minutes
The galaxy has been a peaceful place for many years. After the ruthless Terran-Hegemony War, much effort has been employed by all major spacefaring species to prevent the terrifying events from repeating themselves. The Galactic Council was formed to enforce previous peace and it has taken more courageous efforts to prevent the escalation of malicious acts. Nevertheless, tension and discord are growing among the seven major species and in the Council itself. Old alliances are shattering and hasty diplomatic treaties are made in secrecy. A confrontation of the superpowers seems inevitable – only the outcome of the galactic conflict remains to be seen. Which faction will emerge victorious and lead the galaxy under its rule? The shadows of the great civilizations are about to eclipse the galaxy.


2-6 players compete to control an interstellar civilization, choosing their “people” from seven races – one human race and six alien races. Players colonize and explore, discovering technologies, developing businesses, and purchasing ships and outposts to defend their civilization. Will you succeed in leading your “people” to victory? Or will another race rise above you, taking control of the galaxy? 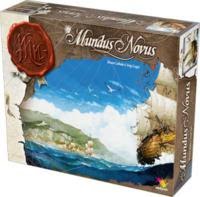 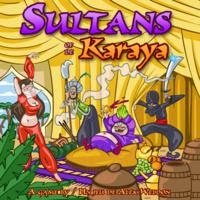 ASMSUL01
Sultans of Karaya
$12.99 SRP
Players each have a secret role and (most of them) belong to one of two teams, each team having a specific way to win the game.
The two teams are: • Sultan and Guards (Loyalists) • Assassins and Slaves (Rebels) The player with the most points after five rounds wins the game.
Posted by ACD Distribution at 9:00 AM