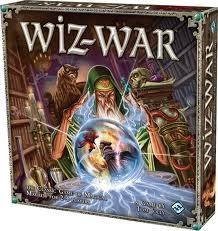 FFGWIZ01
Wiz-War
$49.95 SRP
Apply your wiles to obfuscating opposing wizards in Wiz-War, the classic board game of magical mayhem for 2-4 players!
Players assume the roles of mages in a subterranean maze, scheming to steal each other’s treasures. Cast spells to shapeshift, make doors, fireball foes, and more. Score points by stealing treasures from opposing wizards, or by eliminating the opposition! Last wizard standing always wins in this imaginative game of fantasy and fun. 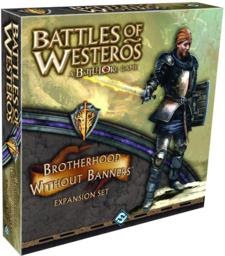 FFGBW07
BoW: Brotherhood Without Banners
$29.95 SRP
Brotherhood Without Banners introduces players to a new ally force with which to supplement a primary House’s forces!
With new unit types, a rulebook with four new scenarios, new cards, new commanders (Lord Beric Dondarrion, Anguy the Archer, and Thoros of Myr), and even more, this expansion will bring greater variety to your Battles of Westeros experience and awesome power to your House’s cause. Unlike other Battles of Westeros sets, Brotherhood Without Banners does not include any banner or pole components, as these outlaw warriors neither answer to a liege lord nor ride under any flag. Instead, these units do not follow normal activation rules and are controlled by an innovative a new mechanic: Brotherhood tokens. 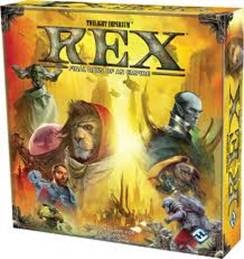 FFGTI06
TI: Rex
$59.95 SRP
Rex is a board game of negotiation, betrayal, and warfare in which three to six players take control of great interstellar civilizations, competing for dominance of the galaxy’s capital city.
Set 3,000 years before the events of Twilight Imperium, Rex tells the story of the last days of the Lazax Empire, while presenting players with compelling asymmetrical racial abilities and a myriad of opportunities for diplomacy and deception.
Based on game rules originally designed by Bill Eberle, Jack Kittredge, and Peter Olotka, Rex was developed for a new audience through the collaborative efforts of Christian T. Petersen and Corey Konieczka.
Posted by ACD Distribution at 8:00 AM