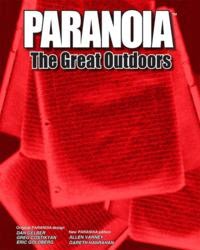 MGP6680
Paranoia: The Great Outdoors (SC)
$12.99 SRP
UPC 97810907702488
All your life, you've lived inside the dome of Alpha Complex. All your life, you've been terrorized, interrogated, drugged, manipulated, brainwashed, probed, experimented on, shot at and occasionally murdered. That's still better than life Outdoors. Alpha Complex may be a dystopian nightmare, but at least it's home. There could be anything out there! Better shoot everything first. The Great Outdoors provides a comprehensive guide for Troubleshooters assigned to Outdoors sector, as well as a full mission, 'A Question of Ballast'. 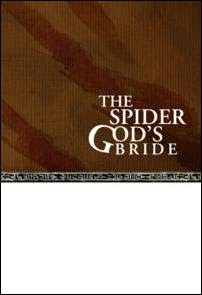 MGP8302
Legend: The Spider Gods Bride (SC)
$19.99 SRP
UPC 9781907702754
The Spider-God's Bride is a collection of ten blood-red sword and sorcery adventures, inspired by the pulp era tales of Robert E. Howard and Clark Ashton Smith. Venture in the footsteps of Conan the Cimmerian, Satampra Zeiros of Uzuldaroum, Imaro of Nyumbani, and other fabled thieves, reavers and slayers! 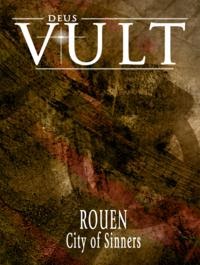 MGP8303
Legend: Rouen: City of Sinners (SC)
$19.99 SRP
UPC 9781907702761
Explore the city of Rouen as it stood in the 13th Century; but peel away the layers of civilization and you will find a dark underside to this magnificent town. From the mighty cathedral to the darkest alleyways, there are those who plot and plan the overthrow of everything that is good and Holy. It is the perfect initiation ground for those who have recently joined the secret Order and crave to prove themselves worthy under the eyes of God. 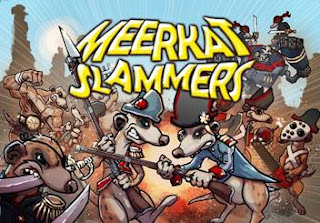 MGP5106
Meerkat Slammers
$14.99 SRP
UPC 9781907702778
In this madcap and chaotic card game, the Meerkat tribe has lost its leader and now descends into anarchy as each competing faction is determined to prove they are best! This game is a real furball, as not all meerkats fight fair, and there are a number of dirty tricks a player can employ in order to get one up on his rivals! 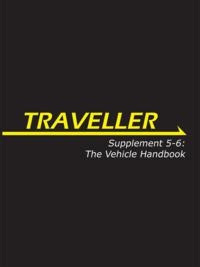 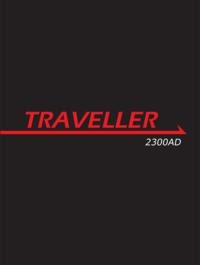 MGP20000
Traveller: 2300AD (HC)
$39.99 SRP
UPC 9781907702730\
The classic setting of the hard science fiction epic that charts Mankind’s first steps towards the stars is back – and this time is fully compatible with the new generation of Traveller rules. Using the Stutterwarp drive, the nations of Earth are beginning to create colonies on worlds orbiting the nearby stars, making this an era of great exploration, discovery and competition. Players will venture to the furthest reaches of the frontier and expand it, literally traveling where no one has gone before. 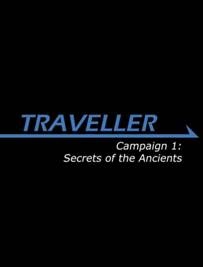 MGP3873
Traveller: Secrets of the Ancients
$39.99 SRP
UPC 9781907702624
The early Traveller background introduced quite a few mysteries. This one answered one, by explaining who the ancients were and what had happened to them.
The new Secrets of the Ancients campaign is based on the Classic Traveller Adventure #12, Secret of the Ancients. Like that adventure, this campaign delves into the dark past of the Third Imperium setting, and the legacy of a race of incredibly advanced and powerful aliens. Over the course of this campaign, the haracters will see sights no human has ever dreamed of, meddle with powers beyond understanding, clash with secret factions within the Imperium, and ultimately help shape the destiny of all Charted Space. MGP3872
Traveller: Compendium Vol. 2
$39.99 SRP
UPC 9781907702617
This second volume of the Traveller Compendiums collates all the most popular articles that have appeared in Signs & Portents over the past year, and presents them for the tabletop! Inside you will find new careers, new ships, adventures, patrons, advice on running games, new equipment, and much more!
NO
IMAGE
AVAILABLE
MGP3875
Traveller: Galactic Distractions (SC)
$24.99 SRP
UPC 9781907702747
Galactic Distractions is a scenario arc set in the Third Imperium that places the characters on a path that begins with unbelievable fortune and luck that makes them some of the most envied people on the planet. The path will take them many places; from inside the spotlight of the largest night club of the Tobia scene to a blood-slick abattoir filled with intergalactic mobsters. What the characters do with their new-found connections, whether they choose fame or infamy, will set the stage for the events this scenario contains. Perhaps the characters will survive unchanged by the corruption around them, or perhaps they will be swept up into the maelstrom of controversy, crime and tragedy.
Posted by ACD Distribution at 1:00 PM