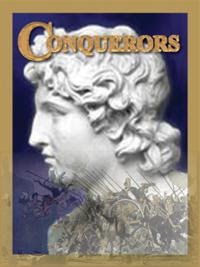 EXC7702
Conquerors
$79.95 SRP
The Conquerors is a double game that covers both of these theatres (Macedonians, Romans) of conquest at a grand strategic level. Each game in this Twin-Pack has its own counters, rules and game map. However, the rules of both games are based upon the same system so that having played one it is quite simple to play the other. Also introduced is an optional Tactical Battle System. Game components include: Two large rules books; two large playing Maps, 1,200 die-cut counters; plus numerous Player Aids. 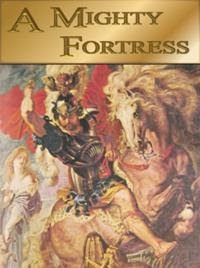 EXC7703
A Mighty Fortress
$39.95 SRP
A Mighty Fortress: Between 1531 and 1555 the world shook to the reverberations of a struggle whose resolution was to chart the course of Europe’s religious and political alliances for centuries. It was in these years that the conflicting ideologies of Lutheran Reformation and Catholic Counter-Reformation inexorably drew the disparate empires, nations, and leaders of Europe into a maelstrom of religious war and dispute. A Mighty Fortress simulates this major historical conflict on a beautifully illustrated political map of Europe. Colorful cardboard playing pieces move, position. And engage in battle upon this map through a superimposed hexagonal grid, which functions like a chessboard’s squares. Game components include: one rules booklet, 200 die cut playing pieces, one 22 x 34 inch map, and various player aids.
Posted by ACD Distribution at 8:00 AM