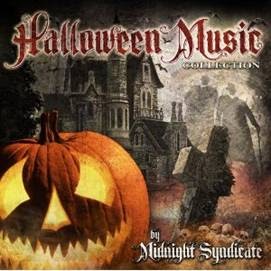 MSY1012
Halloween Music Collection CD
$11.49 SRP
A BEST OF CD from the band that pioneered RPG soundtracks. For the past fourteen years, Midnight Syndicate has been creating RPG soundtracks for the imagination.
This BEST OF CD contains over an hour of music spanning their entire career including tracks from their OFFICIAL DUNGEONS & DRAGONS ROLEPLAYING SOUNDTRACK and their ORIGINS and ENNIE-award winning CALL OF CTHULU soundtrack CD THE 13TH HOUR. Great background for any dark-themed gaming session and a the perfect CD to hook your customers on Midnight Syndicate! 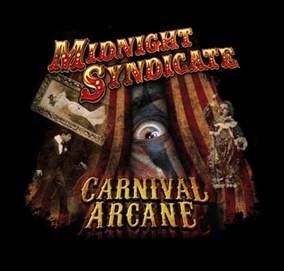 MSY1014
Carnival Arcane CD
$11.49 SRP
The circus is coming to town... RPG maestros Midnight Syndicate take listeners on a musical journey into the twisted world of the Lancaster-Rigby carnival.
Fantastical amusements and oddities from the four corners of the globe await your arrival but this traveling show hides a sinister secret. Enjoy the show and that popcorn... and whatever you do be sure to catch a ride on their Grand Carousel, won't you? The creators of the OFFICIAL DUNGEONS & DRAGONS ROLEPLAYING SOUNDTRACK and Origins/ENnnie-award winning THE 13TH HOUR return with a new CD blending dark carnival and fantasy musical themes and atmospheric sound effects.
Posted by ACD Distribution at 9:00 AM