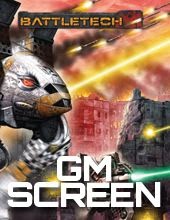 CYT35005X
BT: Time of War GM Screen
$19.99 SRP
For the first time ever, the role-playing game for the BattleTech universe has its own gamemaster screen! Brilliantly illustrated and constructed of heavy-duty cardboard stock, this four-panel portrait GM screen brings the most important reference tables to easy fingertip reference during game play. Leave thumbing through your rulebook for a reference for between games, with a GM screen that keeps the focus on the action and fun! For use with A Time Of War: The BattleTech RPG 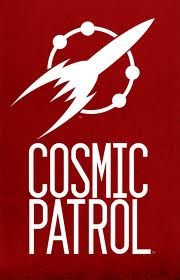 CYT60000
Cosmic Patrol Core Rulebook
$24.99 SRP
Cosmic Patrol is a roleplaying game set in a retro future based on the Golden Age of science fiction. If you’ve ever seen a cover from a classic 1930s-1960s sci-fi pulp magazine, you’ve got the idea. You and your friends form the crew of a Cosmic Patrol rocketship and blast off for action and adventure in the wild galaxy. In Cosmic Patrol, players take the role of Patrolmen—the first and last line of defence for humans in a dangerous galaxy. Patrolmen explore, discover and defend the interests of humans wherever they go. With an atomic ray gun at their hip, they brave the unknown on a regular basis. Cosmic Patrol Core Rulebook Cosmic Patrol is a role-playing game by Catalyst Game Labs that is all about creating a story. Using Cues as building blocks, you will construct a plot and narrate your Patrolman’s way through the millions of threats the cosmos has to offer. Your adventure will be unique to you and your group, and you’re encouraged to write those adventures up in true pulp style, for all the world to enjoy.
Posted by ACD Distribution at 1:00 PM