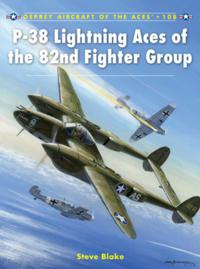 When the 82nd Fighter Group was organized in March 1942, most of its initial pilot cadre was comprised of newly graduated staff sergeant pilots of Class 42-C – enlisted men! They learned to fly the P-38 at Muroc, in California’s Mojave Desert, and then moved to the Los Angeles area to continue their training and to serve as part of its air defense. In September 1942 the group was transported to the East Coast, from where it shipped out to Ireland on the Queen Mary. By this time all its remaining sergeant pilots had been commissioned. As of VE-Day the 82nd Fighter Group’s score of confirmed aerial victories stood at 548 aircraft shot down, plus a huge amount of enemy materiel – including aircraft – destroyed on the ground and the sea. It had been awarded three Distinguished Unit Citations. The cost of this success was high, however, for around 250 of the group’s pilots had either been killed in action or captured. 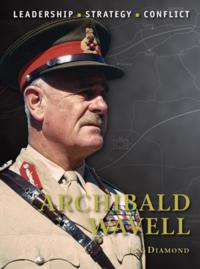 Archibald Wavell remains one of the great Allied commanders of the early phases of World War II. In fact, between June 1940 and June 1941, he was the only British theatre commander actively engaging Axis forces. At a time when the British Expeditionary Force had been expelled from Europe, Wavell was conducting campaigns across nine countries and two continents. In those 12 months, he planned and directly oversaw a multitude of campaigns, from the hugely successful winter campaigns against the Italians in the Western Desert and the conquest of Italian East Africa, through the Iraqi revolt, the invasion of Vichy Syria and Lebanon and the ill-fated British involvement in Greece, to the unsuccessful attempts to break the siege of Tobruk that led to his replacement in June 1941. While Wavell’s great victories are often overshadowed by those of other commanders later in the war, this should not detract from his proven abilities as a strategist and tactician. This book tells the complete story of Wavell’s wartime exploits and examines his strengths and weaknesses as a commander. 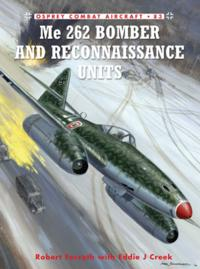 When the revolutionary Messerschmitt Me 262 jet first appeared as a bomber in the skies over north-west Europe in late 1944, it represented both a new dawn in aeronautical development and a great shock to the Allied air forces and armies. In mid-1944, Adolf Hitler, having seen the impressive and formidable performance of Me 262 prototypes, stated his firm desire to see the aircraft enter service as a bomber. There was nothing which the Allies had in their air forces which could touch the Me 262. Although, due mainly to problems associated with delays in engine deliveries, its debut was too late to contest the Allied landings in Normandy, when it finally did enter service in the autumn of 1944, the bomb-carrying Me 262s conducted several hit-and-run raids against RAF airfields in Belgium and Holland. From then until the end of the war the Me 262 remained one of the most feared weapons in the Axis arsenal. This book covers the complete history of the Me 262 bomber and reconnaissance units during World War 2. 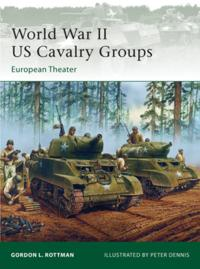 The cavalry regiments of the US Army were in the process of being transformed into a mechanized force when the USA entered World War II. While those cavalry regiments deployed to the Pacific to fight the Japanese were turned into infantry units, those sent to Europe were employed as light armor in the cavalry’s traditional spearhead roles – reconnaissance, the screening of advances and flanks, and the pursuit of beaten enemy forces. Equipped with M8 Greyhound armored cars, M5 Stuart and M24 Chaffee light tanks, and halftracks, these units were designated cavalry groups (mechanized), each c. 1,700 strong and divided into two heavily armed squadrons. They were seldom attached to divisions, but to higher-level corps commands, meaning they could be shifted around quickly and independently and be formed at need into flexible battle groups with armored, infantry, and other units, depending on the mission. Featuring specially drawn full-color illustrations depicting uniforms, insignia, armored vehicles, and tactical scenarios, this is the story of the US cavalry units that led the advance to victory in Europe during World War II. 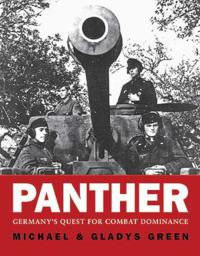 In most people’s opinion, the German Panther tank was the most elegant tank design of World War II. It embodied a balance of firepower, armor protection, and mobility unmatched by any other tank of the period. Yet, it was not the war-winner it might have been. Author Mike Green examines the disparity between the potential of the Panther design and the actuality of the fielded Panther tank in this new book. Though many viewed the Panther as an engineering masterpiece and a technological breakthrough, it failed to meet expectations on the battlefield, and thus proved a major setback to Hitler’s dreams of world domination. Green explores the evolution, and devolution, of the Panther, providing keen insight and new reasons for its ultimate failure. 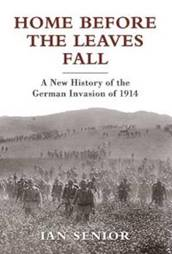 The German invasion of France and Belgium in August 1914 came close to defeating the French armies, capturing Paris and ending the First World War before the autumn leaves had fallen. But the German armies failed to score the knock-out blow they had planned. The war would drag on for four years of unprecedented slaughter. There are many accounts of 1914 from the British point of view, and the achievements of the British Expeditionary Force are the stuff of legend. But in reality, there were only four British divisions in the field, while the French and Germans had more than 60 each. The real story of the battle can only be told by an author with the skill to mine the extensive German and French archives. Ian Senior does this with consummate skill, weaving together strategic analysis with diary entries and interview transcripts from the soldiers on the ground to create a remarkable new history. 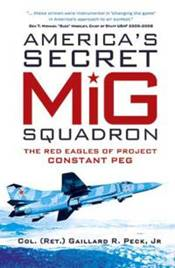 As a Vietnam veteran and Phantom F-4 pilot, Colonel Gail Peck (call-sign “EVIL”) had been disappointed with the level of training offered to US fighter pilots. He was determined to ensure that they were unbeatable in the air, particularly against their Cold War adversaries flying the already legendary MiG fighter jets. Working with the support of General Hoyt S. Vandenberg, Jr, and under conditions of the utmost secrecy, the CONSTANT PEG program was launched with Peck as the original “Red Eagle.” This fascinating history was first revealed in Steve Davies’ acclaimed Red Eagles: America’s Secret MiGs, but this book is the insider’s perspective, complete with never-before-published anecdotes and photographs, revealing how Peck battled bureaucracy and skepticism to ultimately establish the premier fighter pilot training center. 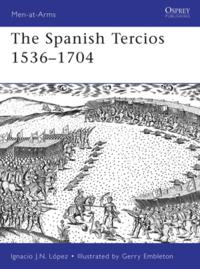 A mixed infantry formation made up of about 3,000 men armed with pikes, swords and handguns, the innovative and influential tercio or ‘Spanish square’ was the basic combat unit of the armies of Spain throughout much of the 16th and 17th centuries. Arguably the first permanent tactical formation seen in Europe since the Roman cohort, the tercio was the forerunner of modern formations such as the battalion and regiment. The variety of different weapons fielded in the tercio meant the Spanish infantry could resist opposing cavalry forces while overcoming every kind of enemy infantry deployed against them. Featuring full-colour artwork and photographs of rare items held at the Spanish Army Museum, this study covers the whole period during which the tercios were active, opening with the third Italian war between the forces of France and the Holy Roman Emperor and concluding with the final transformation of the Spanish tercios into regiments in 1704. 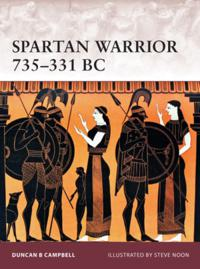 Immortalized through their exploits at the battle of Thermopylae under the legendary Leonidas, as well as countless other victories throughout the classical period, the Spartans were some of the best-trained, -organized and most-feared warriors of the ancient world. The small state of Sparta, known to the Ancient Greeks as Lakedaimon, developed a unique warrior society that used serfs and non-citizens to do all of the manual work, leaving the free-born men of Sparta free to concentrate all of their energies on warfare. Forbidden from engaging in any form of manual labor, these Spartan warriors were trained from an early age in a brutal regime that gave them the necessary discipline and tolerance to withstand the pressures of phalanx warfare and endure all manner of hardships on campaign. This book covers all aspects of the Spartan warrior’s life, from the earliest days of his training through his life in peace and war, culminating in the battlefield experiences of these feared combatants. 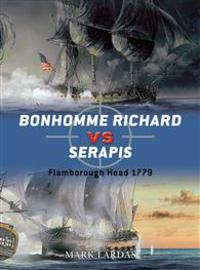 The clash between the American Bonhomme Richard and the British HMS Serapis during the American Revolutionary War is perhaps the most famous single-ship duel in history. This epic battle between two very similar ships – and crews – off the coast of Britain in September 1779 created two naval heroes: in victory, John Paul Jones became a figure that all future American naval officers would aspire to emulate, while Richard Pearson, in defeat, became a hero to the British for a tenacious defense that allowed the merchant vessels under his protection to escape. Featuring specially commissioned full-color artwork, this is the story of an epic maritime clash at the height of the Revolutionary War that provided a founding legend for generations of US naval officers and demonstrated the intrepidity and fighting prowess of the fledgling US Navy.
Posted by ACD Distribution at 1:27 PM