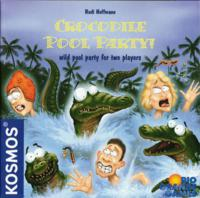 The crocodiles are loose in the luxurious hotel swimming pool! Just seconds ago, the vacationers were enjoying the cool water of the pool, but what is that? A crocodile has just entered the pool - and now there is one less swimmer! Wow! There’s another croc - and another - and another. As the number of crocs in the water increases, the number of swimmers drops! But, the crocs hunt not only the hapless swimmers, but also other crocodiles. Thus, all in the pool strive to save themselves! The player who brings the most swimmers and crocs to the safety of the end of the pool, will win the game! For ages 8+. 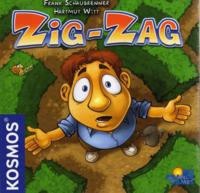 Each player has his own obstacle course that his figure must run. To run the course, the player must collect the right terrain cards - in the right order! But this is not an easy task, as all players are racing to get the cards they need at the same time. The game is played in rounds consisting of a terrain collecting phase and a running phase, which are repeated until one player's figure reaches their goal card. 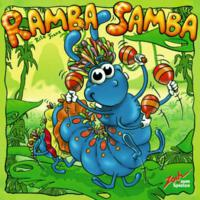 Carnival in Rio Caterpillo! Ramba Caterpillar prepares herself for the night of her life. She wants to shake a leg, her hairstyle is perfect -- only one thing is missing: the right outfit! All of Ramba's costumes are in a clothes bag. Can you help her find the matching clothes so that she arrives at the party in time? Children Ages 4 and up can feel and form while playing Ramba Samba. Here, players develop their tactile abilities while playing the game. The friendly caterpillar has lots of colorful dresses in her sack, just right for the big carnival. Sadly, Ramba can't remember any more which clothing articles fit which parts of her long body. The player who can feel which ones fit the fastest is the winner. In Ramba Samba, the name of the game is shapes, feel and a happy little caterpillar with clothes made of lots of colorful wooden pieces. The game board shows the entire length of the caterpillar Ramba. Her carnival costume (wooden pieces) are hidden in a large cloth bag. They fit on the game board in pre-determined ways. Each turn, the player simultaneously reach into the bag to find the next matching puzzle piece. The winner is the player who places the most pieces. Ramba Samba demands tactile awareness in a fun-filled way. Because only the player who can feel the matching pieces fastest will win. 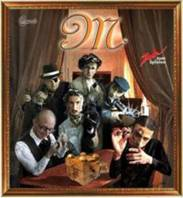 The heart of MASTER THIEVES is an elaborate jewelry box made of wood. The box has three levels with four drawers on each level. Each drawer has two side – top and bottom and each can hold jewels. The box is designed such that each level may be rotated independently and the box may also be turned over – it has no permanent top or bottom. The result is a beautiful box and an interesting game that combine to provide players with a very special gaming experience – time after time! MASTER THIEVES is a brilliant game, in which 2-8 “crooks” from 10 years can revel in thievish joy. 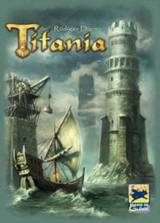 In Titania players place ships on the map of Titania, collect shells and try to rebuild towers and refurbish them with starfish. The towers are built by placing the ships next to the towers and paying with different colored shells. Every turn players have to decide whether to take cards or place ships by playing those cards. The cards are color-coded to match the ships being placed. The map shows a hex grid with all kind of symbols, showing the reward you get or building spaces where you can build the towers.

A speculative railroad game of building track, moving goods, and buying shares for 2-5 players for about an hour. During the building of the transcontinental railroad the owners of the Union pacific Railroad Company set themselves up as the owners of a construction company - The Credit Mobilier. They proceeded to award themselves fat contracts, paid for by the U. S. Congress, to construct their own railway. In this game four fictional railways race to construct track an move goods westward while the players invest in the railways and the Credit Mobilier. 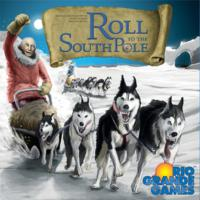 The year is 1911. The earth holds only one unexplored place for man: the coldest place on earth. You are one of the five legendary arctic explorers racing to be the first to set foot on the South Pole. By considering the terrain ahead in Roll to the South Pole, players must choose an optimal route and use their dice to take them farther into no-man's land. Will you know when to rest and when to keep pushing your luck? Will your route go straight south or through one of the depots? Can you properly manage your resources, or will you run short at the wrong time? The race of high risks and careful planning is about to begin. Will you be the first player to the South Pole? 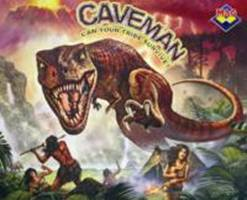 CAVEMAN - can your tribe survive is a survival game where your objective is to become the dominant tribe on Volcano Island. It's a harsh world, where marauding dinosaurs cause chaos, other tribes attack you, and you struggle to help your cave kids survive into adulthood. Players start from the corner spaces of a hexagonal island, and slowly spread out over the island, looking for resources to help them survive and prosper. The winner is the first player to either expand their population to eight adults, collect all five available resource types, or the player who has made the most progress when the action card deck expires. 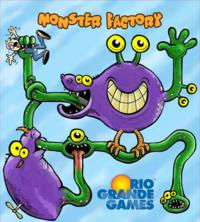 The players take turns drawing and placing tiles, either adding to their own monsters or to those of their opponents. At the end, the player who has created the biggest monster wins the game. 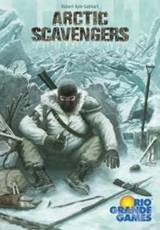 In the year 2097, the entire earth was enveloped in a cataclysmic climate shift, plunging the globe into another ice age. Over 90% of the world’s population was eliminated, driving the survivors to band together into loose communities and tribes. You are the leader of a small tribe of survivors. Resources, tools, medicine, and mercenaries are all in scarce supply. You and your tribe are pitted against other tribes in a fight for survival. Build up your tribe, skirmish against other players head-to-head, or even bluff your way to victory. The leader who gathers the largest tribe will be victorious!