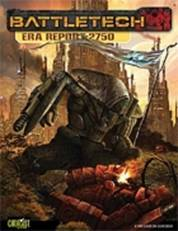 Before the treachery of Stefan Amaris, Kerensky’s Exodus, and the Succession Wars, the realms of the Inner Sphere were united under the banner of the Star League. As the pinnacle of culture and technology, the six Great Houses and four territorial states of the League reaped the benefits of universal peace and justice, the fruits of their combined efforts enriching the lives of billions across the heavens.
…Or so the legends claim.

In reality, the Inner Sphere of the 2750s was far from serene and light-years away from just. Though admired for its monolithic power, the pinnacle of mankind’s greatest experiment—the Star League—stood at a fateful crossroads, with feuding House Lords and rebellious territories only waiting for every chance to strike against each other.
Era Report: 2750 pierces the luminous veneer of what many Inner Sphere and Clan historians alike have considered to be the golden age of BattleTech history: the height of the Star League era. Presented as a general overview of the period, rather than a focused report on a single conflict, this book includes descriptions of every major Inner Sphere faction active before the fateful events described in Historical: Liberation of Terra. Notable personalities, military forces, and an overview of the technological capabilities of the Star League age are also provided, along with special advanced-level rules for campaigns set during this time, whether played using the Total Warfare core rules or those found in A Time of War: The BattleTech Role-Playing Game. 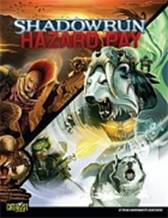 Dark alleys, abandoned buildings, wet streets stabbed with neon light—shadowrunners know all these places. They also know that they aren’t the only places work gets done. A good shadowrunner should be open to anything, to runs that might take them anywhere. From the cold of Antarctica to the heat of the Sahara, from the life-filled dark of the deep oceans to the empty void of outer space, there is work to be had for runners brave and resourceful enough to take it. Of course, there are also dozens of new ways to die, so you should probably see if Mr. Johnson will chip in a little extra pay.

Hazard Pay takes shadowrunners into different extreme environments across the Sixth World, providing the descriptions, plot hooks, gear, and other information gamemasters and players need to use these environments in their game. From mysterious monuments under the sea to battered jalopies that just might make it into orbit without disintegrating, Hazard Pay presents myriad challenges for runners who are prepared for trouble and ready for anything.

Hazard Pay is for use with Shadowrun, Twentieth Anniversary Edition.
Coming Soon! 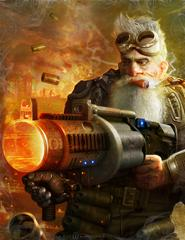 In 2072, Roger Soaring Owl, CEO of Knight Errant, resigned. In 2073, Roger Soaring Owl was attacked on the streets of Denver. Witnesses were not clear on just what attacked him, but most say it was meaner, stronger, and faster than any metahuman. Now it’s 2074. It’s time to find out what Roger Soaring Owl learned. Corporate machinations don’t get any meaner than this. Rivals of the megacorporation are certain it’s hiding some dark secrets, and they’re willing to spend significant nuyen to uncover this information. Runners are going to have to infiltrate an Ares subsidiary and gain the corporation’s trust if they want to discover the secret—and if they do, they will have to find a way to survive with what they have learned. Sacrificial Limb is the second in the Boardroom Backstabs series of adventures for Shadowrun. It has plot information, NPC details, player handouts, and everything needed to throw players into the depths of corporate espionage, digging for the paydata the megacorps want to keep hidden.
Posted by ACD Distribution at 1:00 PM