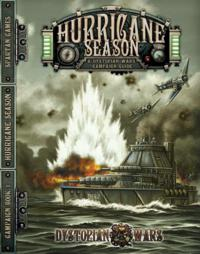 Campaign Book: Hurricane Season The first Campaign Book for Dystopian Wars is a 128 full color hardback book that details the bitter struggle between the Federated States of America and the Empire of the Blazing Sun. With the involvement of the Kingdom of Britannia, Prussian Empire and Covenant of Antarctica, this is a titanic struggle! Hurricane Season is fully-illustrated and provides a series of exciting scenarios for you to play, detailing major actions in the campaign. The Covenant of Antarctica rules and Stats are included along with new rules for National Fleet Commodores, Amphibious Landings, Deployment Orders and more. 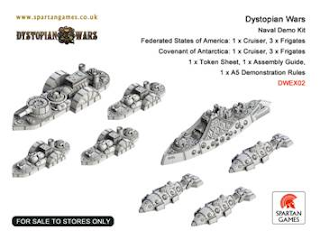 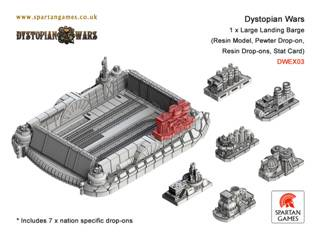 Large Landing Barge (1 model per blister) Amphibious warfare comes to Dystopian Wars! To help you link your naval and armored fleets, we bring you the Large Landing Barge, capable of transporting any unit from an Armored Battle Group boxed set across the sea. 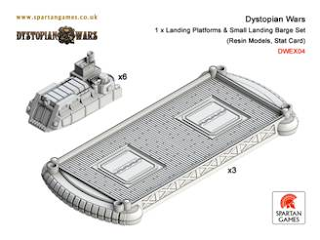 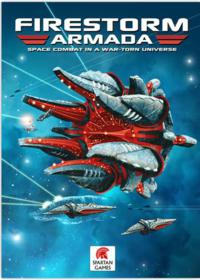 Firestorm Armada Hardback Edition Master Rulebook A complete list of stats, background stories, imagery... The Hardback Edition Master Rulebook has everything! This updated edition features the established core rules presented in a clear and concise fashion. It includes the latest errata and streamlined rules for Game Set-up, Terrain, Boarding and Wings. The opportunity has also been taken to include new photography, diagrams and illustrations throughout the book, complete with Fleet Lists for each nation and the current Firestorm Armada MARs; the perfect way to begin your campaign of terror in the Storm Zone! 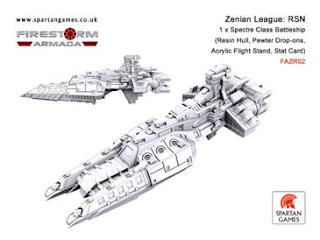 Zenian League RSN Spectre Class Battleship (1 model per blister) The RSN will never forget the tyrannies of the past. The huge, petrifying Spectre Class Battleship serves as a monument to the dead of Dramos and the countless other battles the RSN have endured, and demands respect from its opponents. Only the most established of their military are honored with the task of spearheading this beast into battle. 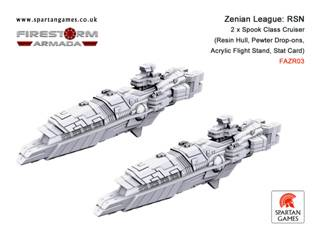 Zenian League RSN Spook Class Cruiser (2 models per blister) The Spook Class Cruiser serves not only to assure the loyalty and conviction of the Dindrenzi, but to sow fear and disquiet in enemies and unsteady allies alike. So much so, in fact, that they can bring a system’s defenders to their knees before a single shot is fired. 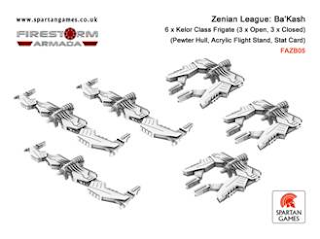 Zenian League RSN Argus Class Carrier (1 model per blister) The Rense System Navy is proud to unleash this crushing brute. Sent out as a symbol of Dindrenzi power and dedication, the Argus Class Carrier will crush anything that stands in its way. Hosting some of the most formidable weaponry deployed in the war effort, it is critical to providing the necessary firepower to bring down their fearsome opponents. 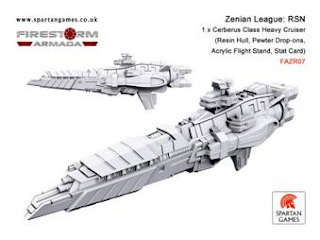