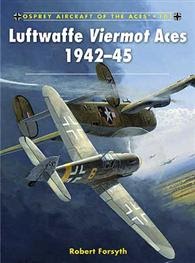 OSPACE101
Luftwaffe Viermot Aces 1942-45 (SC)
$22.95 SRP
UPC 9781849084383
‘Viermot Aces’ were pilots who shot down five or more USAAF and RAF bombers during the daylight Defense of the Reich missions from May 1942 through to VE Day. This book tells the complete story of the men and the planes that challenged the great bomber offensive. Flying a number of different aircraft including the Bf 110G, Me 210 and the Me 410, they fought their desperate battles against the numerous machine guns of B-17s and Lancasters. This book also covers the ‘jet aces’ that flew the Me 262 jet-powered interceptors in the closing days of the war to wage a desperate last-ditch fight against the endless Allied bomber fleets. 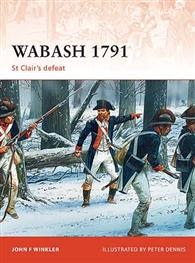 OSPCAM240
Wabash 1791: St Clairs Defeat  (SC)
$19.95 SRP
UPC 9781849086769
The battle of the Wabash, or St Clair’s Defeat, was the greatest ever victory of American Indians over US Army forces. In 1791, Revolutionary War commander Arthur St Clair led a hastily recruited American army into Ohio in an attempt to wrest control of the area from its Indian inhabitants. Hindered by geographical ignorance, difficult terrain, bad weather, and a lack of supplies, the Americans advanced slowly through the wilderness. After a month, they reached the Wabash River, where an Indian army awaited them. On a cold November morning, the Indians attacked at dawn and three hours later the Americans fled, having suffered more than 60 percent casualties. In this book, author John F. Winkler re-examines the US Army’s frontier disaster, analyzing what they did wrong and how the Indians achieved their crushing victory. 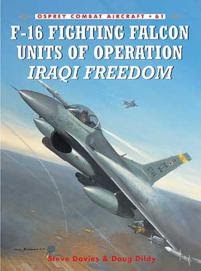 OSPCOM083
USAF F-16 Fighting Falcon Units
$22.95 SRP
UPC 9781846034855
The F-16 has been the most prolific fighter in US and Coalition operations in the Middle East for over a decade. Since the 1991 Gulf War, it has been the workhorse of the UN-sanctioned operations in the region, working in ‘Wild Weasel’, ground attack and air superiority roles. Operations Southern Watch and Northern Watch required daily and continuous combat patrols over Iraqi territory for over a decade – a task that was made simpler by the bountiful supply of F-16s in USAF service. When US President George W Bush ordered his forces into Iraq in March 2003, the F-16CJ was the second aircraft to enter enemy airspace-proper, sweeping the skies for electrons in a bid to find, identify and kill Iraq’s comprehensive air defense system. With the mission fulfilled, hordes of other Coalition fighters followed, including F-16CGs, which were used with great success to strike numerous targets. 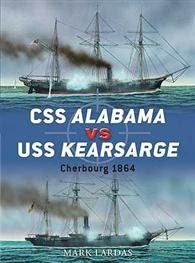 OSPDUE040
CSS Alabama vs USS Kearsarge (SC)
$17.95 SRP
UPC 9781849084925
The most successful commerce raider of the Civil War, the CSS Alabama almost single-handedly drove United States merchant shipping from the seas. Her illustrious career saw the capture of 60 merchant ships and two duels with ships of the US Navy. This book gives the complete story of the development of the Confederacy’s commerce raiding force and the ships the Union set against them. Compiled from numerous first-hand accounts as well as archeological evidence, it covers the three famous battles of the commerce raiders, CSS Florida vs. USS Wachusett, CSS Alabama vs. USS Hatteras, and CSS Alabama vs. USS Kearsarge, analyzing the strengths and weakness of each of the combatants. While the American Civil War is usually considered a land war, there was plenty of blood in the water. 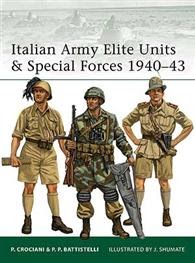 OSPELI099
Italian Army Units & Special Forces (SC)
$18.95 SRP
UPC 9781849085953
Italian military historian Pier Paolo Battistelli examines the elite and special forces units of the Italian Army during World War II. This includes a vast array of troop types, including paratroopers, assault engineers, sea-landing and swimmer units, long-range recce and ski units, and even hand-picked Fascist ‘Mussolini’ units. It also delves into the specialist tank and armored units that were created to emulate the German armored units. While the Italian units discussed enjoyed mixed success, the volume draws attention to the incredibly hard fighting done by some in the deserts of North Africa and the frozen wastelands of Russia. Illustrated with rare archival photographs and specially commissioned artwork, this is a fascinating insight into a little-studied aspect of Axis forces. 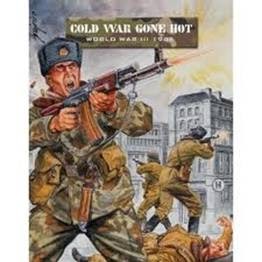 OSPFOF004
Cold War Gone Hot (SC)
$24.95 SRP
UPC 9781849085366
A companion to Force on Force and Ambush Alley, giving players the opportunity to reenact 'what if' scenarios between the forces of the Warsaw Pact and Nato that stood opposed, and on the brink of war for decades. 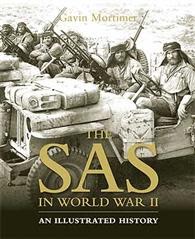 OSPGEN4568
The SAS in WWII: An Illustrated History
$25.95 SRP
UPC 9781849086462
In his new book, WWII historian Gavin Mortimer examines the pivotal events of one of the most famous military units of all time. Starting with the unit’s formation in July 1941, Mortimer recreates the heady days when a young Scots’ Guard officer called David Stirling persuaded MEHQ to give its backing to a small band of 60 men christened ‘L Detachment.’ From there, drawing on over 100 hours of interviews with veterans (much of which has never before been published) he describes the early raids in the desert against Axis airfields that inflicted a deadly cost on the enemy. Embellished with 150 stunning photographs, the majority of which have never before been printed, the book also features side panels on the Lewes bomb, selection and training of personnel, the importance of the French and Belgian squadrons and how the French resistance helped the regiment in 1944. 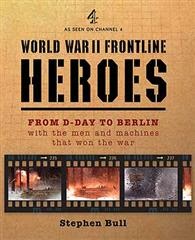 OSPGEN5482
WWII Frontline Heroes
$25.95 SRP
UPC 9781849088381
The companion volume to the groundbreaking TV series, this book tells the story of the physical, emotional and psychological journey of Allied soldiers from the beaches of Normandy to the ruins of Berlin. In their own words these brave men from Britain, the United States, Canada and Russia tell us what it was like to face the bullets, bombs, mortars, mines and artillery shells of Nazi Germany. Interviews with over 80 soldiers who fought in the conflict, totaling 150 hours, provide a new perspective on the experiences of 1944–45. Building on the high-speed, multi-camera filming of World War II weapons and munitions shown in the TV series, this book brings the terrifying reality of the war to life. Technical descriptions and the experiences of the men in the field explain the dramatic power and effect that this weaponry had on the battlefield, from the sinister simplicity of the deadly AP mine through to the immense firepower of the 88mm gun, giving the modern historian a unique insight into the last days of the war for the troops on the frontline. This is not a history of generals, of armies maneuvering and strategic objectives. It is a book about the ordinary men put into incredible situations, deprived of sleep and food, and in constant fear of death on the long road to victory.
Posted by ACD Distribution at 9:00 AM