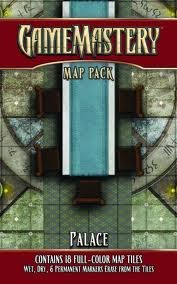 PZO9053
PFA: Tide of Honor
$19.99 SRP
UPC 9781601253859
"Tide of Honor" is a Pathfinder Roleplaying Game adventure for 12th-level characters.
This volume continues the Jade Regent Adventure Path, a sweeping quest that takes the heroes from familiar territory in Varisia all the way across the ice fields of the Crown of the World to distant Tian Xia, the land of the Dragon Empires.
This volume of Pathfinder Adventure Path also features an extensive gazetteer of the exotic and intriguing land of Minkai and an article about Irori, the god of self-perfection and martial arts. Plus several new monsters drawn from Japanese mythology in the Pathfinder Bestiary, new adventures of Varian Jeggare and Radovan (stars of the Pathfinder Tales novels Prince of Wolves and Master of Devils) in the Pathfinder’s Journal, and much more! 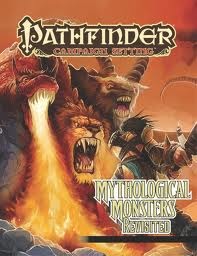 PZO9241
PFCS: Mythical Monsters Revisited
$19.99 SRP
UPC 9781601253842
This 64-page book takes a detailed look at ten of the most well-known and well-feared monsters from mythology.
Within these pages you'll find entries on creatures from the old world to the new, including the chimera, couatl, griffon, harpy, hydra, kraken, medusa, phoenix, sphinx, and wendigo. With each monster getting a chapter of their own, details about history, ecology, lairs, variants, and even their realworld roots provide all the information you'll need to bolster these classic monsters in your game. 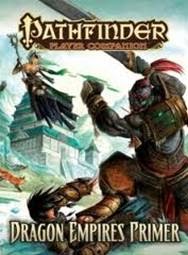