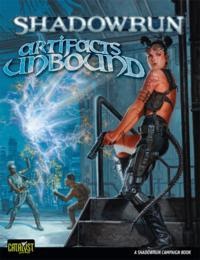 CYT26450
Shadowrun Artifacts Unbound
$24.99 SRP
UPC 9781934857755
Artifacts Unbound concludes the Dawn of the Artifacts campaign that makes gamemasters and players free to determine the events of the campaign. Filled with adventure seeds, basic setting information, and NPC statistics, Artifacts Unbound lets gamemasters select the elements that would work best in their campaign and design a thrilling story for their game. Easy to use and flexible, this book can be used with players who have gone through the entire Dawn of the Artifacts campaign, or with players just learning about the artifacts and their effect on the Sixth World. 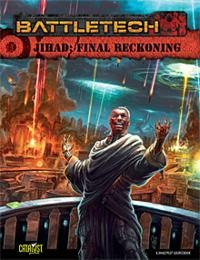 CYT35307
BT: Jihad: Final Reckoning
$29.99 SRP
Jihad: Final Reckoning completes the Jihad plot book series begun with Blake Ascending, wrapping up the final years of the war between the Word of Blake and the Inner Sphere, and establishing the birth of the Republic of the Sphere.
This book also provides a snapshot of the postwar universe, laying the groundwork for future campaigns. Also included is a glimpse at the more fantastic weapons and assets the Word of Blake was developing before its final fall—complete with rules for top-secret units, including the Caspar III system and Spectral LAMs.
Posted by ACD Distribution at 9:00 AM