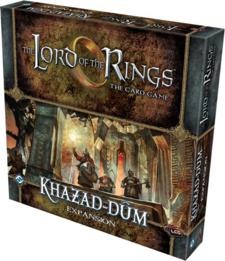 FFGWHC27
WH LCG: Invasion: City of Winter
$14.95 SRP
UPC 9781616611484
The first deluxe expansion for The Lord of the Rings: The Card Game, Khazad-dûm transports players to the mines of Moria where the heroes of Middle-earth must search for Balin and his fledgling colony of Dwarves years after anyone last heard from them.
With 165 new cards (with three copies each of its player cards), Khazad-dûm provides players two new Dwarf heroes, and new allies, attachments, and events. Furthermore, Khazad-dûm is the first step in the game’s ongoing narrative, expanding the game and its world with nine new encounter sets.
These mix to build the encounter decks for three new thrilling scenarios in Khazad-dûm, and also lay the groundwork for the scenarios from the upcoming Dwarrowdelf cycle of Adventure Packs. 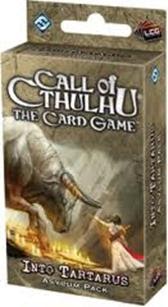 FFGCT51
CoC: LCG: Into Tartarus Asylum Pack
$14.95 SRP
UPC 9781616611415
Into Tartarus explores the kernel of truth at the root of every myth with 60 new cards (3 copies each of 20 unique cards) for Call of Cthulhu: The Card Game.
The fifth Asylum Pack in the Ancient Relics cycle, Into Tartarus transports archaeologists, investigators, cultists, and criminals to Greece where each faction uncovers new chaos while searching ancient ruins for powerful relics. 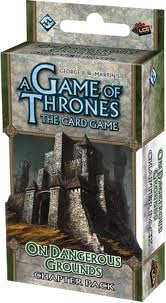 FFGGOT80
GoT: LCG: On Dangerous Grounds
$14.95 SRP
UPC 9781616611750
Ladies attend the tourney grounds as contestants struggle for supremacy in the third Chapter Pack from the A Tale of Champions cycle for A Game of Thrones: The Card Game.
The 60 new cards (3 copies each of 20 different cards) of On Dangerous Grounds reward players for winning early challenges and introduce exciting new Melee dynamics as cards encourage players to forge and break alliances. 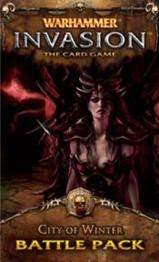