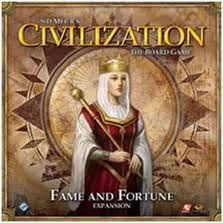 FFGCI02
Civilization: Fame and Fortune Expansion
$34.95 SRP
UPC  9781616611880
The Fame and Fortune expansion for Sid Meier’s Civilization: The Board Game introduces a wealth of new game experiences with four additional Civilizations, a host of new map tiles and cards, and components for a fifth player.
Great Person cards provide the powerful assistance of great historical figures such as Marco Polo, Hannibal, and others, while investment cards allows players to spend your hard earned coin to reap ongoing benefits. Discover ancient relics, expand your capital city into a metropolis, and bolster your cities with temporary fortifications or trade caravans to edge out your rivals.
The time has come to guide your people to greatness! 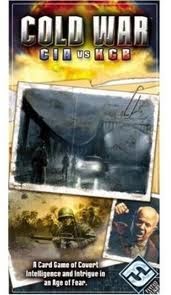 FFGCW02
Cold War: CIA vs KGB
$11.95 SRP
UPC 9781616612047
Cold War: CIA vs KGB places two players in control of the world’s greatest superpowers in an age of fear. In this tense, standalone card game of politics, guerrilla warfare, and dirty tricks, each player must establish the dominance and superiority of his country’s worldview while bringing about his own vision of the future. 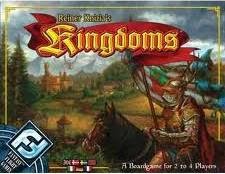 FFGKN20
Kingdoms
$29.95 SRP
UPC  9781616613334
Designed by Reiner Knizia, Kingdoms is a fast-paced, strategic contest of wits in which two to four players attempt to out think and outmaneuver each other as they establish castles across the land.
By building castles in the richest regions, players stand to reap the most rewards. But the most sought after regions may be infested with dragons, trolls, or other hazards that seek to rob your kingdom of its riches.
First published by Fantasy Flight Games in 2002, Kingdoms has been updated in a comprehensive new version, which features detailed plastic castles, a streamlined ruleset, and other welcome game enhancements. 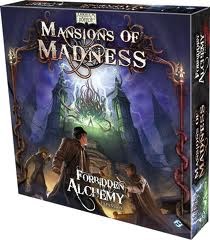 FFGMAD06
Mansions of Madness: Forbidden Alchemy
$34.95 SRP
UPC 9781616612191
Inside abandoned hospitals, secret laboratories, and forgotten cellars, scientists are conducting depraved experiments that will drag humanity to the brink of the abyss. Only a small group of investigators can discover the truth and put an end to these mad plots before it’s too late...
Forbidden Alchemy is an expansion that adds even more mystery and horror to Mansions of Madness with three brand-new tales of scientific horrors.
Enhance your game with new investigators, new Trauma, Mythos, and Combat cards, additional double-sided room tiles, new monsters with matching plastic figures, items, clues, locks, and obstacles.
Posted by ACD Distribution at 1:00 PM