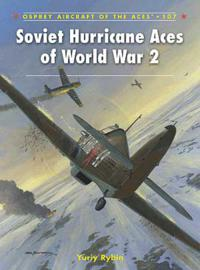 Following the destruction wrought on the Red Army Air Forces during the first days of Operation Barbarossa in June 1941, the Soviet Union found itself desperately short of fighter aircraft. Premier Josef Stalin duly appealed directly to Prime Minister Winston Churchill for replacement aircraft, and in late 1941 the British delivered the first of 3360 Hurricanes that would be supplied to the Soviet Union under the Lend-Lease agreement.  Specifically requested by the USSR, the Hurricanes were quickly thrown into action in early 1942 – the Soviet Air Forces’ most difficult year in their opposition to the Luftwaffe. Virtually all the Hurricanes were issued to Soviet fighter regiments in the northern sector of the front, where pilots were initially trained to fly the aircraft by RAF personnel that had accompanied the early Hawker fighters to the USSR. The Hurricane proved to be an easy aircraft to master, even for the poorly trained young Soviet pilots, allowing the Red Army to form a large number of new fighter regiments quickly in the polar area. In spite of a relatively poor top speed, and only a modest rate-of-climb, the Hurricane was the mount of at least 17 Soviet aces. Paperback 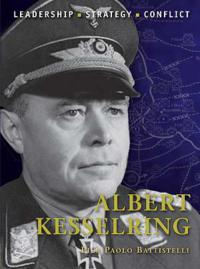 Although he is mostly remembered for his part in the campaign in Italy from 1943 to 1945, General Field Marshall Albert Kesselring was also chief of staff of the Luftwaffe in 1936–37, playing a crucial role in the shaping of the service for the coming war. As commander of Luftflotte 1 in Poland and Luftflotte 2 in France and the Low Countries, he was responsible for supporting the armored spearheads of the German Army as they undertook their Blitzkrieg campaigns. With the Fall of France, the Battle of Britain began and Luftlotte 2 was the main force in the air attack against the British air defenses, with Kesselring planning many raids. Following the war Kesselring was tried and convicted of war crimes following a number of massacres of civilians in Italy. He was sentenced to death, later commuted to life imprisonment before being released on the grounds of ill health in October 1952. Here Pier Paolo Battistelli provides a detailed study of one of the most famous German commanders of World War II. Paperback 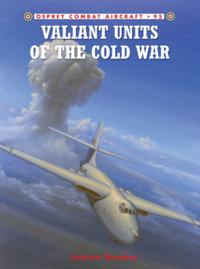 The RAF’s first Cold War strategic bomber, the Vickers Valiant, was procured as an insurance measure in case either the Vulcan or Victor was found to have a serious flaw. The Valiant was the equivalent of the US B-47 Stratojet, and it blazed the trail for the British airborne nuclear deterrent as the aircraft enjoyed a far more active service career than later V-bombers. It was the launch platform for all British free fall nuclear weapons tests both in the Pacific and in central Australia, it took part in the Suez campaign in 1956 and it was the only V-bomber to drop (conventional) weapons in anger until the Falklands operation in 1982. The Valiant was modified to serve in the electronic warfare, strategic reconnaissance and airborne tanker role, but it had to be grounded in early 1965 when the aircraft succumbed to metal fatigue. Paperback 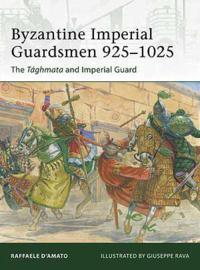 The hundred-year period ending in 1025, from the reign of the Emperor Constantine VII to that of Basil II ‘the Bulgar-Slayer’, encompassed the last great era of Byzantine aggression and dominance in the Near East and Balkans. During that time, a succession of soldier-emperors challenged and defeated an array of opponents on land and at sea and reconquered vast swathes of territory. At the heart of the Emperors’ forces were the professional, highly mobile Tagmata or Imperial Guard regiments, originally formed to guard the Emperor¹s person in the capital but invariably deployed as elite combat troops. Joining these heavy cavalry units, were a variety of exotic mercenary units recruited from foreigners, notably the legendary Varangians. Featuring specially commissioned full-color artwork, this lively study sheds new light on the regiments of the Byzantine Imperial Guard, the formidable warriors who provided the Byzantine emperors with an insurance policy in the capital, and the elite of their field armies when on campaign. Paperback 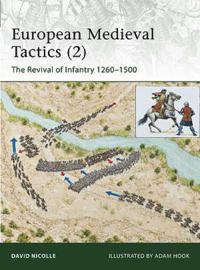 With the development in the 13th century of co-operative tactics using crossbowmen and heavy spearmen, circumstance began to arise in which the charge by Muslim horse-archers, and then by European armored knights, could be defied. Infantry were far cheaper and easier to train than knights, and potentially there were far more of them. Tactics emerged by which more numerous and more varied infantry played an increasing part in battles. This book traces these and other examples of this ‘jerky’ and uneven process through its regional differences, which were invariably entwined with parallel cavalry developments – the balanced army of ‘mixed arms’ was always the key to success. By the time serious hand-held firearms appeared on battlefields in large numbers in about 1500, the face of medieval warfare had been transformed. Paperback 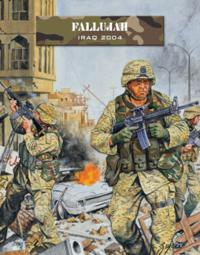 Operations Vigilant Resolve and Phantom Fury – the operations to take and hold the city of Fallujah in the face of determined insurgent resistance – were amongst the most dangerous and controversial carried out by the Coalition forces during Operation Iraqi Freedom. These two battles of Fallujah saw some of the heaviest urban combat faced by regular troops in modern times and, even though much of the civilian populace had fled, the enemy was well-armed, well-prepared and driven by a fanatical resolve. With the scenarios and information presented in Fallujah, the latest Force on Force companion, war gamers will find themselves thrown into the narrow, twisting streets of the city, forced to negotiate IEDs, snipers, barricades, and a multinational insurgent force. Paperback 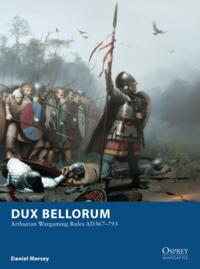 The Dark Age of Britain, from the middle of the 4th century to the end of the 8th, was a time of violence and warfare, when charismatic warlords such as the fabled King Arthur could gather together armies and carve out their own kingdoms. With this new set of war games rules, players can take on the role of these warlords and command their own armies on the tabletop. Written by the author of the popular Glutter of Ravens rules set, Dux Bellorum is an element-based system, where each base of figures represents 50 fighting men. Each player has a specific number of points with which to construct his force and can choose a Late Roman, Romano-British, Welsh, Saxon, Pictish, Irish, or Sea Raider army, amongst others. The game is then played out following a set of simple, fast-paced rules. A completely self-contained gaming system, Dux Bellorum is perfect for gamers who are looking for a way into fighting Dark Age battles without investing a lot of time or money in larger rule sets. Paperback 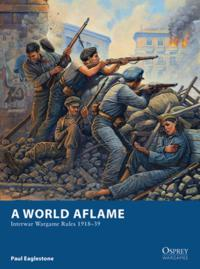 Often called the ”Pulp Era”, the years between the two World Wars have seen a tremendous surge in interest among war gamers. A World Aflame captures the adventurous nature of the time period to present a fun, fast-paced set of tabletop miniatures rules that can handle the many diverse conflicts of the period, from the Chinese Civil Wars and the “Great Game” in Central Asia, to the Irish War of Independence and the bitter ideological warfare of the Russian and Spanish Civil Wars. The rules also contain options for the “Very British Civil War”. This gaming trend has sprung up in recent years, following a “what-if” scenario that has Edward VIII refusing to abdicate the throne, thrusting the country into civil war in 1938. It is a quirky, fun setting, and one that is surprisingly popular. Written by a life-long wargamer, A World Aflame focuses on the daring and heroism of battles fought in the last great era of adventure. Paperback 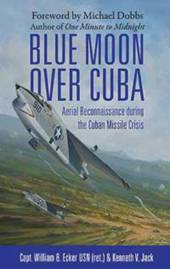 Most books on the Cuban Missile Crisis tell the story using the memoirs of those who advised President Kennedy as he struggled to avoid World War III. This book is the only known personal account of the lead photographic reconnaissance squadron’s scouting dangerous low-level operations, flying the supersonic RF-8A Crusader, during the classified Operation Blue Moon. Captain Ecker was the commanding officer of US Navy Light Photographic Squadron 62 (VFP-62, otherwise known as “Fightin’ Photo”) during the Cuban Missile Crisis, a team created for reconnaissance and aerial photography, and consulted on the movie Thirteen Days, which included dramatic scenes of his first mission over Cuba on October 23, 1962. Blue Moon over Cuba is an authoritative and complete account of the low-level reconnaissance that might be said to have helped JFK avert nuclear Armageddon. Hardback 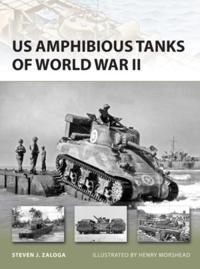 The advent of combined arms operations in World War II created the need for specialized armored vehicles. In the case of amphibious attacks, the issue arose of how best to land tanks on a beach. Although a variety of specialized landing craft were developed, the Dieppe raid in 1942 encouraged the development of tanks that could be deployed from further off-shore to limit the vulnerability of the LCT craft. The deep-wading equipment that they developed was first used during Operation Husky on Sicily in July 1943, and subsequently for Operations Avalanche (Salerno, September 1943), Shingle (Anzio, January 1944) and Overlord (Normandy, June 1944). The US-manufactured DD tanks were used during Overlord by both US and British forces, and again in 1945 during the Rhine crossings. Initially, developments in the Pacific Theater were separate from those in Europe. The Marines learned from the Tarawa landings in 1943 that unprepared tanks could not be safely landed even in shallow water. DD tanks were never seriously considered for the Pacific, so other solutions were sought. A detailed study of specialized US amphibious tanks, this is a title that will appeal to those interested in both Pacific and European Theaters, modelers and collectors. Paperback 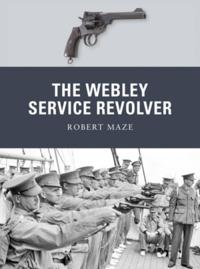 The Webley .455in service revolver is among the most powerful top-break revolvers ever produced and has a claim to be the first 'tactical fighting pistol'. First adopted in 1887, in various marques it was the standard-issue service pistol for British and Commonwealth armed forces for nearly fifty years; later versions in .38in caliber went on to see further service in World War II and beyond, as well as in a host of law-enforcement roles around the world into the 1970s. Developed to give British service personnel the ability to incapacitate their opponents in 'small wars' around the globe, the Webley used the formidable - and controversial - .455in cartridge, a variant of which was known as the 'manstopper'. Users found it offered good penetration and excellent stopping power with only mild recoil - indeed, it was rated superior to the US .45 Colt in stopping power. Featuring specially commissioned full-color artwork and close-up photographs, this is the compelling story of the Webley revolver, the powerful pistol that saw service across the British Empire and throughout two world wars.