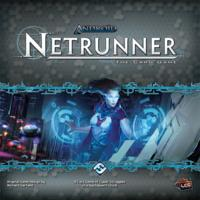 Richard Garfield’s classic cyberpunk card game returns cleaner, sharper, more flavorful, and better than ever with the release of Android Netrunner: The Card Game! This two-player Living Card Game™ of megacorps, runners, and cybercrime pits monolithic megacorps against subversive netrunners in a high-stakes struggle for valuable data. Humanity has spread its wings and taken trade to the far reaches of the solar system, having colonized the Moon and Mars. Visionary corporations created braintaping techniques that have led to the development of lifelike artificial intelligence. But as these massive corporations guard their intellectual property on the network behind layers of ice, netrunners seek to expose their secrets, for ideological reasons or for profit. 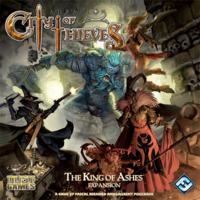 The guild intrigues of Cadwallon: City of Thieves grow even richer with the treasure trove of new adventures, characters, equipment, and Arcana in The King of Ashes Expansion! Rumors claim the newly-opened catacombs contain the legendary treasure of Sophet Drahas, and the thieves of the city above race to find entrance to these long-hidden catacombs and grab their riches. The King of Ashes explores these catacombs with a new board and six adventures that can play independently or combined into a larger campaign. But thieves delving into these underground passages need be wary, lest they run afoul the dread Cyclops of Mid-Nor! Revised rules make the militia a more imposing force, and rules for experience, equipment, and mercenaries afford tremendous strategic options in your games, especially when you play them as part of a larger campaign. 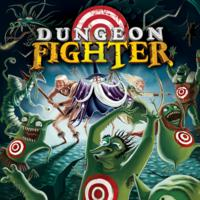 Dungeon Fighter is a fully cooperative board game for one to six players that combines dexterity, adventure, and a healthy dose of humor. Players take on the roles of heroes venturing deep into a three-tier dungeon. Along their way, they explore the dungeon, search its many rooms, and face endless hordes of vicious monsters. Where Dungeon Fighter stands apart is in its unique dexterity-based elements. Players take turns throwing dice at a colorful target board, often from several feet away! What’s more, randomly drawn dungeon effects may dictate that a player must throw his die behind his back, with his eyes closed, under his leg, or under any combination of (often hilarious) restrictions. Keep a steady hand a clear mind, and your team with emerge victorious! 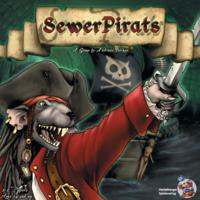 Command your crew to wealth and victory in Sewer Pirats, a whimsical treasure hunt for two to five players! Deep underground in a maze of domed caverns, narrow tunnels, and piped passages, a motley cast of rodents, insects, and other vermin sail the treacherous waters of human refuse aboard bizarre vessels in search of discarded booty. In order to claim the best haul from the abandoned flotsam, players must make careful use of the unique abilities of their crews’ rats, cockroaches, weasels, and other critters. The game comes to life with thirty detailed pirate figures, twenty Color-Click™ bases, and a rich assortment of game boards, tokens, and cards. Starter rules get you into the game quickly, and a Crew Member Auction variant increases the strategic depth and lighthearted action. 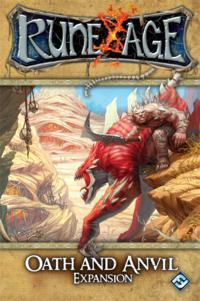 While the dwarves of the Dunwarr Mountains labor tirelessly in their massive subterranean forges, the orcs of the Broken Plains are themselves tempered by tribal conflict in a hostile land. But can they set aside their ancient rivalries to work together in the face of an all new evil? Enhance every aspect of Rune Age with the Oath and Anvil Expansion! While the existing factions are bolstered by new units and abilities, two new empires join the conflict: the Orcs of the Broken Plains and the Dwarves of Dunwarr. At the same time, new scenarios challenge your deck-building prowess and new Mercenary cards provide even more strategic options. Unite the tribes, fire the forges, and experience Rune Age like never before!