In 1976, as the specter of nuclear war loomed worldwide, the UN Security Council introduced Resolution 501. Known as the Table-Tennis Accords, it decreed that all conflict between nations be resolved through the dialect of Ping-Pong. When Chinese terrorists struck down the US Table Tennis Team in 1979, a rag-tag band of students was forced to play in their stead. Lead by rivals Johnathan Gabriel and Tycho Brahe, they were victorious – but not unharmed. Now, in 1984, the Russian Bear has begun to stir. In times like these, America needs men whose grip is sure. Men who play the entire table.

Rumble in the House is a very simple bluffing and guessing game for the whole family. The twelve characters start in the house. Each player receives two secret character tokens. In turn, players will move one of the characters inside the house, or pick a victim and eliminate it from the game. The player who keeps his secret characters the longest in the house shall win the round. During play, the other player's moves provide clues to their identity, unless of course they bluffed by moving other characters on purpose... Everyone tries to identify and expel the other player's characters while keeping their own safe. 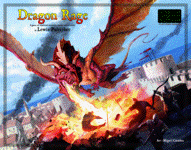 Dragon Rage is an introductory wargame set in a fantasy world. Dragons and other monsters attack walled cities, trying to destroy as much of the city building as they can while the city garrison fights back. Controls the invading monsters or the city forces in a merciless struggle! The basic game scenario has two Dragons attacking the seaside city of Esirien. The defender controls a small militia that defends the city. All troops are represented by counters on the game board's hex grid. During each game turn, each player may move some or all his units and then fight the enemies within attack range. The humans have a local hero which has special powers, as well as a wizard that can cast spells. The dragons are very resilient and can breathe fire, destructing men and buildings in a blazing roar. Combat is resolved trough a dice roll on a combat resolution table, cross-referencing the attacking and defending unit's strength. Dragon Rage is a good introduction to the world of wargames : There are few units on both sides, making the game simple to learn and fast-paced. It will introduce you to key wargaming concepts such as tactical movement on an hexagon grid, units statistics printed on the counters, use of a combat resolution table, attack-to-defense ratios, terrain modifiers, reinforcements, and special abilities.

Game Contents: ·Double-sided mounted game board : The walled city of Esirien, and Nurkott - an Orc oppidum ·213 thick, die cut, full color counters and markers. ·One 16 pages Game Manual with simplified rules to teach you the game. (English, French, Spanish or German) ·One 36 pages Rules Reference Manual with extended rules, including 12 scenarios ( 6 for each map ), tournament rules, campaign rules to play several linked scenarios, and additional rules to make your own scenarios. (English, French, Spanish or German) ·4 monster charts to track the damage done to the Dragons, Rocs, Wurms, Giants and other monsters. ·1 Player aid with summaries for spells and Dragon combat. (English only) ·2 plastic six-sided dice (2d6) ·4 Plastic bags for components storage 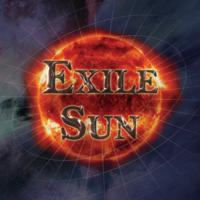 Exile Sun combines some of the most compelling strategic mechanics in a way that delivers a streamlined, integrated and fast paced game of competition and conflict. Simplified deck building, hand management, simultaneous hidden worker placement, a card draft, 6 unique player advantages, and a revolutionary zero-luck combat resolution system ensure that playing Exile Sun is like no other game. Private and public card-based objectives give players options for points, but they must choose carefully when allocating their limited resources. The player with the most points accumulated at the end of three game cycles wins.