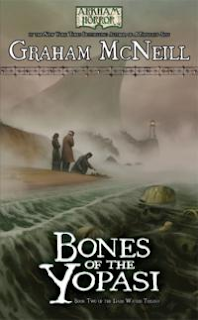 Bones of the Yopasi is the thrilling second novel in The Dark Waters Trilogy! In this sequel, the award-winning Graham McNeill continues the harrowing story begun in Ghouls of the Miskatonic. Featuring the mysterious and terrifying setting of Arkham Horror, Bones of the Yopasi draws inspiration from the eldritch universe created by H.P. Lovecraft. Having barely recovered from a profound psychological ordeal, Miskatonic University professor Oliver Grayson looks forward to returning to normal life. Unfortunately for Grayson, however, his trials are only just beginning. After being called to the mist-shrouded town of Kingsport to identify some strange bones, the professor must join an unlikely team of investigators to face a horrifying new threat. But can they conquer their own demons in time to confront their common enemy? 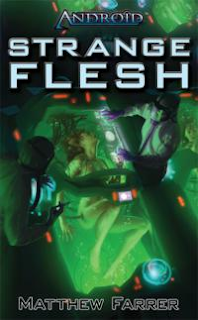 Set in the strange future of the Android universe, Matthew Farrer's Strange Flesh breathes life into a world where humanity is fused with technology, and conspiracies, corruption, and danger riddle the streets of New Angeles. While the world has changed, crime has not. A tangled web of lies and corruption surrounds the New Angeles headquarters of Jinteki, a massive mega-corporation that leads the industry in cloning technology. When corporate watchdog and media blogger Tallie Perrault stumbles upon evidence of a shocking coverup, she begins to unravel a conspiracy with world-changing implications. Now, Perrault must share her story with veteran NAPD detective and troubled psychic Caprice Nisei. But can these two women uncover the truth before it’s too late. 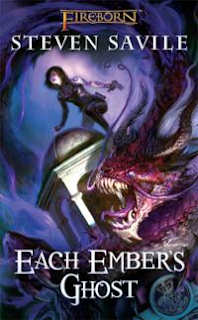 When a series of high-profile London thefts leaves Detective Jack Callaghan baffled, he begins to suspect that his perpetrator is no average cat burglar. After all, she can apparently melt locks with a gesture, render security cameras useless, and plant subconscious suggestions in the minds of onlookers. But why is this mysterious thief collecting relics of dubious monetary value? And how does Callaghan’s investigation tie in to his increasingly disturbing visions? To find answers, a veteran investigator must first unlock secrets buried deep within himself... all while unraveling a plot that could lead to the downfall of everything he holds dear. Each Ember’s Ghost is a novel based on the acclaimed Fireborn roleplaying game setting. Written by internationally bestselling author Steven Savile, Each Ember’s Ghost presents readers with a modern world faced with the sudden emergence of magic. 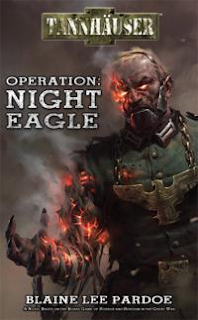 When the occult-obsessed Reich sets its sights on an ancient artifact held in Washington, D.C.’s Smithsonian Castle, the ruthless Hermann Von Heïzinger plans an unprecedented raid on U.S. soil...and only Major John MacNeal and the elite soldiers of the 42nd Marines stand before them. There’s more to this mission than meets the eye, however. Why has the enigmatic Matriarchy mobilized its forces? And to whom is the mysterious mercenary Wolf truly loyal? Prepare for an epic battle that will rage deep into America’s heartland!

Posted by ACD Distribution at 2:45 PM