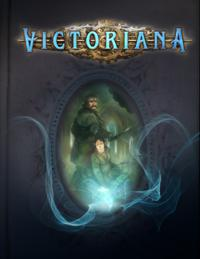 The third edition of the Victoriana Core Rulebook includes: Complete and revised rules for making Victorian adventurers and resolving conflicts. Rules for creating technological marvels. Information on the world of Victoriana, including alternate diversions from actual history. A trove of supporting characters, from scullery maids and barristers to elementals and undead, as well as beasts both mundane and preternatural. 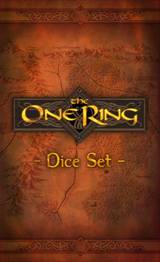 The One Ring: Dice Set contains the custom dice found in the Adventures over the Edge of the Wild core set – one 12-sided die and six 6-sided dice. 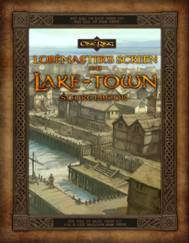 The heavy-duty card Loremaster’s Screen features stunning art from The One Ring artist Jon Hodgson, and presents useful information for easy reference during a game.  The Lake-town Sourcebook presents this fascinating setting in detail, including: a guide to Lake-town inhabitants and culture, more information on the Long Marshes and the creatures dwelling within, and a new playable culture – Men of the Lake.

The End Times are upon us. The Sleeper stirs in his pyramid. The clock ticks towards midnight. Time to go to work. GOD GAME BLACK ushers in the apocalypse for your Laundry Files games. The stars are coming right, and there's no more room for error. In conjunction with the latest novel in the Laundry Files series, THE APOCALYPSE CODEX, this book opens up terrifying new vistas of a world plunging towards apocalypse. Inside, you'll find: * External Assets - the people (and things) that don't quite fit on any org chart, but are on the front line of this secret war * Updated personnel rosters for key characters, and rules on updating your game * The inner workings of the Black Chamber, the US Government's own occult intelligence agency * The horrors of the Sleeper's Pyramid, and the Laundry's watch on the Wall of Pain * Three new adventures that run parallel to the events of THE APOCALYPSE CODEX. GOD GAME BLACK

More dinosaurs. More secrets. More action. More Primeval. The Primeval Companion expands your game by adding more options and adventures. Face a host of new dinosaurs like the ferocious Balaur or the vicious Tree Creeper. Learn how to survive in the wilderness, how to escape natural disasters, and how to deal with sinister conspiracies. Two new Campaign Frameworks – The Village and Operation GEORGE – open up exciting new ways to play Primeval. 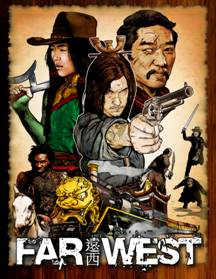 A fantasy world that’s The Gunslinger meets Storm Riders meets Deadwood meets Afro Samurai meets The Wild Wild West meets Crouching Tiger, Hidden Dragon meets Django meets Brisco County meets House of Flying Daggers and more. A fantasy world that’s explored through a constantly-updated website, a tabletop role-playing game, a web series, artwork, fiction, comics and much, much, more. A fantasy world that is shaped by its own fan community. This is Far West. The record-breaking top-funded RPG on Kickstarter for 2011, Far West is now getting its full retail release. A western-wuxia-steampunk mash-up RPG unlike anything you’ve ever seen before. 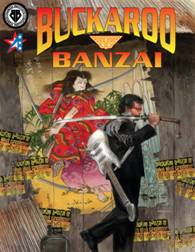 NO MATTER WHERE YOU GO, THERE YOU ARE. The Buckaroo Banzai Adventure Game features guidelines for taking on the roles of either your own Blue Blaze Irregular Strike Team, or the roles of Dr. Buckaroo Banzai and the Hong Kong Cavaliers themselves. Familiarize yourselves with global threats ranging from Red Lectroids from Planet 10 to Hanoi Xan and the World Crime League; Learn about the specialized equipment available from the Banzai Institute, such as the Oscillation Overthruster and the Jet Car; And begin to embrace the motto of the Blue Blaze Irregulars: “Helping him to help us.” 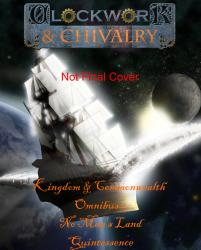 The third and fourth adventures of the epic Kingdom & Commonwealth Campaign, fully revised and updated for the Renaissance rules for Clockwork & Chivalry 2nd Edition. 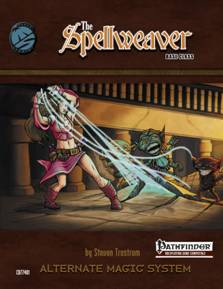 The Spellweaver presents an alternate magic system that transforms arcane magic into a matter of skill and not just level climbing. This skill-based system, Spellweaving, allows the spellcaster to manipulate the threads of magic that spread throughout Existence like an infinite web of arcane energy. Inside you will find instructions on how to integrate this new form of skill-based magic into your game setting, or how to replace the existing magic system outright.