Lord of the Ring RPG 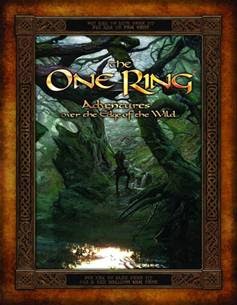 CB71000
LotR RPG: The One Ring
$59.99 SRP
Smaug has been defeated, the Battle of Five Armies has been won, and Bilbo has returned to the Shire. The War of the Rings is still a generation away.
In the relative peace, the Free People of the Wilderland look beyond their borders for the first time, establishing trade routes, renewing bonds between their cultures, and bringing prosperity to the region of northern Mirkwood, the Lonely Mountain, and the eastern slopes of the Misty Mountains. But much danger still remains, and from the Orc-holds of the mountains to the dark and corrupt depths of Mirkwood a darkness waits, recovering its strength, laying its plans, and slowly extending its shadow . . . .
Slipcase with 2-book set, poster map, and 7 dice. Books softcover, 8.5” x 11”, full color, 320 page
Posted by ACD Distribution at 9:11 AM

Email ThisBlogThis!Share to TwitterShare to FacebookShare to Pinterest
Labels: august, cubicle 7, lord of the rings, lotr, one ring, rpg