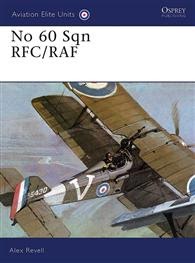 OSPAEU041
No 60 Sqn RFC/RAF
$25.95 SRP
When No 60 Sqn arrived in France in May 1916, partially equipped with the delightfully named Morane Bullet, there were only two dedicated single-seat fighter squadrons on the Western Front. Operating initially as a utility unit, No 60 Sqn’s duties were mixed. It was involved in reconnaissance, fighter patrols and escort missions, as well as the landing of spies behind enemy lines. In the opening weeks of the battles of the Somme in the summer of 1916, the squadron suffered heavy casualties and it was withdrawn from the front. Rested and reequipped with Nieuport scouts, the unit went on the offensive. Witnessing the exploits of pilots like Albert Ball, who scored 20 victories with the unit before his death, it rapidly became one of the most successful fighter units of the war. This book tells the complete story of the unit, from its humble beginnings to the end of the war. 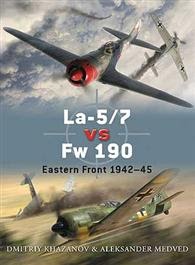 OSPDUE039
La-5/7 vs Fw 190
$17.95 SRP
Soviet fighter aviation suffered terribly at the hands of the Jagdwaffe in the first year of the war in the east and, with the arrival of JG 51 and its Fw 190s on the Stalingrad Front in September 1942, things only got worse. However, help was on its way in the form of the La-5. Tougher, faster, and with a greater rate of climb than its predecessors, most were flow by a new generation of better-trained pilots led by combat veterans. These new fighters soon found themselves pitted into action on the Central Sector against the equally new Fw 190As of JG 51. From then on, these two fighters would battle it out in the skies over the Eastern Front. This book tells the complete story of the battles between these two important fighters. 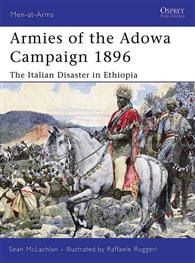 OSPMAA471
Armies of the Adowa Campaign 1896
$17.95 SRP
In the late 19th century, the new nation-state of Italy was eager to join her European neighbors in creating an international empire, and her eyes turned toward Africa as a source of potential colonies. Securing a foothold in Eritrea on the Red Sea coast, the Italians quickly became embroiled in a shooting war with the Ethiopians. The war proved a disaster for the Italians, who suffered three major defeats against the forces of Emperor Menelik’s army, including a horrendous massacre at Adowa, the largest defeat of a colonial army prior to World War I. This book looks at the campaign with an emphasis on the colorful uniforms worn by both sides. 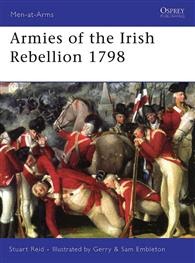 OSPMAA472
Armies of the Irish Rebellion 1798
$17.95 SRP
In 1798, the Irish rose up against the corrupt English government run out of Dublin. Joined by both Protestants and Catholics, the rebellion quickly spread across the country. Although the Irish peasantry were armed mostly with pikes, they were able to overwhelm a number of small, isolated British outposts. However, even with the half-hearted assistance of the French, the Irish could not compete with the organized ranks of the British Army when under competent leadership. In a brutal turning of the tide, the Redcoats plowed through the rebels. In just three months, between 15,000 and 30,000 people died, most of them Irish. This book tells the story of this harsh, but fascinating, period of Irish history and covers the organization and uniforms of the forces involved. 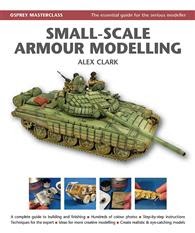 OSPMST03
Small-Scale Armour Modeling
$39.95 SRP
Since the mid-1990s, small-scale armor modeling has seen a great resurgence in popularity, mostly due to model manufacturers in Germany and the many smaller companies that have started selling add-ons and accessories. Using a highly visual, step-by-step approach, this book covers all of the major aspects of small-scale armor modeling, including construction, painting, finishing and presentation. Covering World War II armor, modern vehicles and everything in-between, this book is the ultimate guide for those who appreciate the beauty and craftsmanship of small-scale armor models. Contents *Introduction *Tools and materials *General construction techniques *Advanced construction techniques *Painting and general finishing techniques *Painting – advanced finishing effects *Presentation *Gallery *Further reading and references *Index 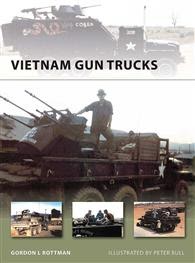 OSPNVG184
Vietnam Gun Trucks
$17.95 SRP
While Vietnam is usually perceived as an infantry war, with US forces deploying by helicopter, the long supply lines that led to their inland bases had to be traveled by ground vehicles. The 8th and 48th Transportation Groups were responsible for hauling supplies through the long, dangerous roads of Vietnam, and they often found themselves the target of ambushes, attacks, and sniping. In response to this, vehicle crews began to arm trucks with machine guns and armor them with sandbags. While these proved less than ideal, the concept was considered valid, and more and more “gun trucks” appeared, sporting heavier weapons and armor. Written by a Vietnam veteran, this book traces the development of these gun trucks from the jury-rigged originals to the powerful armored vehicles that appeared later in the war.
Posted by ACD Distribution at 8:26 AM