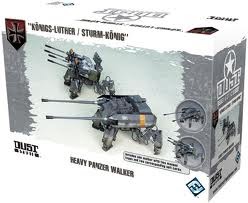 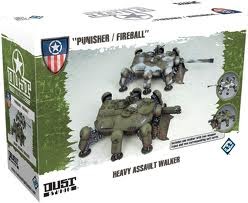 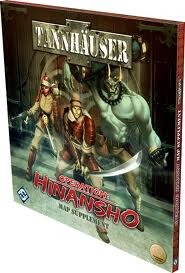 FFGTH18
Tannhauser: Operation Hinansho
$29.95 SRP
Operation: Hinansho is a map supplement for the Tannhäuser board game, introducing new maps, new rules, and a new campaign of exploration, secrets, and espionage. In Operation: Hinansho, players can explore and engage their foes on two exciting maps: the Kitamon Research Base and the Okinawa Crash Site. In addition to the never-before-seen maps, new scenarios and tokens are included to bring more options to existing Tannhäuser campaigns. Operation: Hinansho also includes rules for new circle types and additional equipment. Now, your troops can lock doors behind them, shoot from hidden locations, and even detonate large portions of the map! 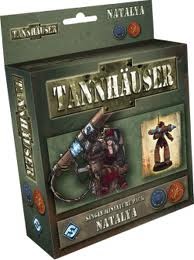 FFGTH19
Tannhauser: Natalya
$12.95 SRP
A naturally gifted scientist and tinkerer, Natalya is an Epic Hero expansion for Tannhäuser. Having helped Oksana explore the abandoned technologies of Kizhi and worked to improve them, she now serves Oksana and her New Guard as 2nd Lieutenant. Her massive Kostjak Bronka Apparat (KBA) suit offers remarkable protection, while her devastating Volta Lightning Cannon is able to target multiple combatants with a single blast. Natalya comes complete with a sculpted and painted miniature, character sheet, tokens, equipment cards, and a rulebook, which contains rules for including her in your team as well as a unique scenario to test her leadership skills and the resilience of her KBA suit.
Posted by ACD Distribution at 9:00 AM