High Frontier Returns along with a New Game from Sierra Madre

Scheduled for Release in October 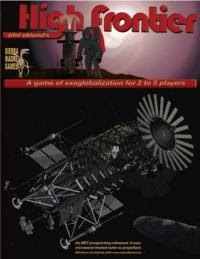 SRM28
High Frontier (Revised Reprint)
$60.00 SRP
2-5 Players
Ages 12+
180 Minutes
The most scientific sci-fi game ever produced!
Design rockets to explore and industrialize the solar system. You will need to find water out there as reaction mass for your rocket. Points are awarded according to the scarcity of the space-products produced, glory, colonies, and mega-engineering projects. High Frontier is a boxed game with rocket, freighter, and factory pieces (the reprint has the same plastic and wood components as the first printing), along with rules, patent cards, rocket diagrams, and a unique mounted "delta-v" map of the inner solar system. 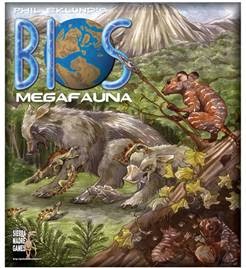 SRM30
Bios Megafauna
$72.00 SRP
1-4 Players
Ages 13+
180 Minutes
Bios-Megafauna is the greatest evolution game ever made, from the designer who made the best rocket game ever (High Frontier), & the best civilization game (Origins).
You start as a proto-dinosaur or proto-mammal, just after the Permian apocalypse that destroyed 96% of the planet. Faced with environmental changes and competition from others, you must mutate your species and start new species. Create bizarre chimeras, from vegetarian velociraptors to flying dolphins. Establish subterranean civilizations, tame fire, or just be super cool.
This deluxe edition comes with mounted map, 108 Cards, 126 die-cut counters, 128 laser-cut wooden animals, and 18 gene chips.
Posted by ACD Distribution at 8:38 AM