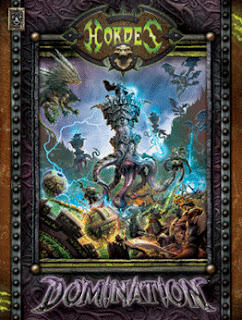 PIP1048
Hordes: Domination Special Edition (HC)
$42.99 SRP
Within the shadows of the wilds, events are set in motion that will bring the area’s powers into a desperate clash by which their fates in the west will be determined.
As a returned hero prepares to enact an ancient ritual to foil the plots of dragons, the Skorne Empire resumes its march for conquest and the beleaguered United Kriels must outfox old enemies in their continued fight for the survival of their race. HORDES: Domination heralds the next exciting chapter of the HORDES saga.
Set loose the savagery of war with:
•New troops to bring to the fight, including ten new warlocks and the debut of the mighty battle engines.
•New narrative fiction, including compelling stories for each HORDES faction.
•A painting and modeling guide to help you ready your forces for battle.
•New Theme Force lists for each new warlock, which allow you to create armies based on specialized forces found in the HORDES world.
PIP1047
Hordes: Domination (SC)
$32.99 SRP
Street Date TBD 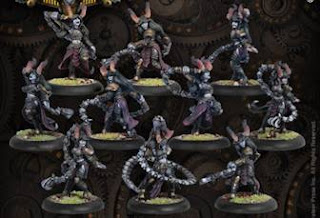 PIP34099
WM:Cryx Satyxis Raiders
$59.99 SRP
November 16th Street Date
Striking without warning, the savage and cruel Satyxis are the terror of the Broken Coast. Belonging to an ancient tradition in which sailing is as natural as breathing, these fierce warrior women believe nothing in life to be sweeter than plunder and slaughter. The Satyxis savage their victims with the tearing barbs of their enchanted lacerators or break their bones with smashing blows of their twisted horns.
A player may field up to two Satyxis Raider units per warcaster in a Cryx army.
SPECIAL NOTE: PIP 34099 contains the same Mk II stat card as PIP 34032. The models in PIP 34099 are the same models as are in PIP 34032 and 34033 and replace those older PIPs by offering their contents in a complete unit. 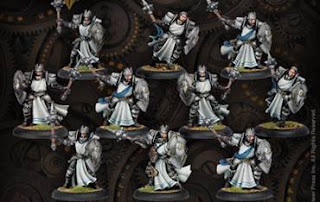 PIP42013
WM:Cyg Allies Precursor Knights
$69.99 SRP
November 30th Street Date
A Cygnaran order dedicated to the warrior philosophies of the god Morrow, the Precursor Knights are sworn to honorable combat and dedicated to guarding the innocent. Protected from fell magic by the blessings of the ascendants and from the weapons of their enemies by heavy armor and locked shields, the Precursor Knights wield their blessed maces against the unholy terrors that threaten all of mankind. Precursor Knights are Cygnar allies that can also be included in some mercenary contract armies.
A player may field up to two Precursor Knight units for each warcaster in a Cygnaran army.
SPECIAL NOTE: PIP 42009 contains the same Mk II stat card as PIP 42001. The models in PIP 42009 are the same models as are in PIP 42001 and 42002 and replace those older PIPs by offering their contents in a complete unit.
NO
IMAGE
AVAILABLE
PIP71060
Hordes: TB Trollkin Warlock Grissel Bloodsong
TBD SRP
November 30th Street Date
Grissel Bloodsong stands as a bastion amid the storm devastating the lives of her people. Assuming leadership was never her goal, but she has proven worthy of shouldering the burden of Marshal of the Kriels in Ironhide’s absence. She gladly fights alongside her warriors and asks nothing of them she would not risk herself. They trust her to save them whether by shrewd words or the booming of her explosive voice and hammer on the battlefield.
A player may field one Grissel Bloodsong, Marshal of the Kriels in a Trollblood army. 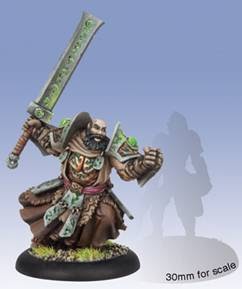 PIP72059
Hordes:CoO Warlock Baldur Stonesoul
$14.99 SRP
November 16th Street Date
While the last tenuous thread of his life was held fast by Megalith, Baldur’s spirit was subsumed within the entirety of Orboros, and the fundamental principles of the world were made clear to him. He has returned to serve as a conduit for a torrent of destructive power. In the midst of battle Baldur can tap into this endless flow to empower himself beyond his mortal limits, but the longer he fights, the more his body tears itself apart.
A player may field one Baldur the Stonesoul in a Circle Orboros army.
NO
IMAGE
AVAILABLE
PIP73059
Hordes: LoE Legion Warlock Vayl, Consul of Everblight
TBD SRP
November 30th Street Date
As consul Vayl has achieved a position of regal authority, answering only to Thagrosh and Everblight himself and empowered to explore her mystical arts. She picks and chooses which conflicts require her personal intervention by peering into the mists of the future with her divinatory powers. Vayl has begun to unravel the mysteries of the athanc, and it was by this study that she modified her oraculus to resemble that perfection and then split it into three.
A player may field one Vayl, Consul of Everblight in a Legion of Everblight army. 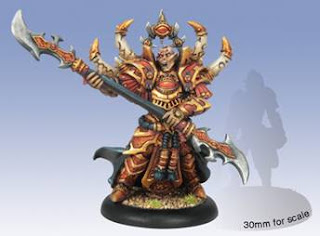 PIP74059
Hordes:Sk Warlock Lord Arbiter Hexeris
$19.99 SRP
November 16th Street Date
Through cunning, raw power, political acumen, and tactical genius, Lord Arbiter Hexeris has furthered his own schemes while simultaneously strengthening the Skorne Empire. The lord arbiter’s occult knowledge goes well beyond the lore of the skorne, and no enemy arcanist is safe from his vampiric thirst for mystical secrets. To oppose him in battle is to be sapped of arcane power as he steals and transforms the energies of his foes.
A player may field one Lord Arbiter Hexeris in a Skorne army. 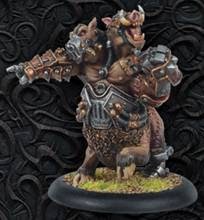 PIP75033
Hordes:Minion Warlock Strurm and Drang
$23.99 SRP
November 16th Street Date
The monstrous two-headed creation called Sturm and Drang is proof of Dr. Arkadius’ mad genius. The key to this breakthrough was placing two strong wills in opposition within a single body. Psychic feedback crackles between their individual minds, driving them into a battle frenzy of escalating power. Engineered to dominate and subjugate, the pair have perfect command over the war hogs of the farrow and can unleash magic of mind-rending power and explosive force.
A player may field one Sturm & Drang in a Minion army under the Thornfall Alliance Pact.

PIP75041
Hordes:Minion Gatorman Posse
$49.99 SRP
November 30th Street Date
Among the most formidable warriors of all the savage races, gatormen augment their natural battle prowess with brutal strength and oversized weapons. The barest scent of blood drives them into a killing frenzy, and a single gatorman can slay several men in a few gore-splattered seconds. Gatormen have no qualms about fighting for any master as long as they are provided with steel weapons and ample food.
A player may field up to two Gatorman Posse units per warlock in a Circle, Legion, Skorne, or Trollblood army or up to three Gatorman Posse units per warlock in a Minion army under the Blindwater Congregation Pact.
PIP 75041 contains the same Mk II stat card as PIP 75008. The models in PIP 75041 are the same models as are in PIP 75008 and 75009 and replace those older PIPs by offering their contents in a complete unit.
Posted by ACD Distribution at 4:00 PM