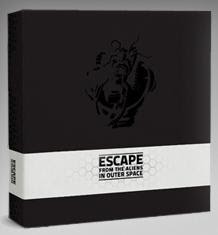 CCS020
Escape from the Aliens in Outer Space
$28.00 SRP
A card game of strategy and bluff set on a badly damaged deep space research ship.
On-board systems have failed, plunging the ship into the darkness. But even worse: a mysterious alien plague has crept aboard and is transforming the human crew into horrendous monsters! Each player assumes the role of either a Human or Alien. Each player identity and position is kept secret: you will need to interpret the movements and behaviors of other players to learn who and where they really are. 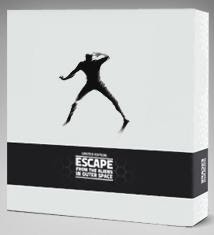 CCS021
Escape from the Aliens in Outer Space LE
$42.00 SRP
The white-boxed version of the same game comes with additional items to make EFTAIOS a more intense game experience. 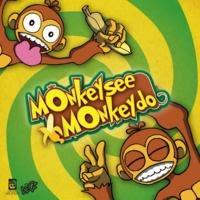 CCS030
Monkey See, Monkey Do
$28.00 SRP
Can you imitate a pirate monkey with a finger in your ear while standing on one foot? Can you mime a superhero with your tongue sticking out and your fingers on your nose? And why does everybody want the Power Banana?
Monkey See Monkey Do transforms your house into a jungle where 3 to 12 players will get to mime fun acts in bizarre positions. But only the first one who can get his hands on the Power Banana will have a chance to guess the mime. A simple to learn game, great for youngsters and adults alike! 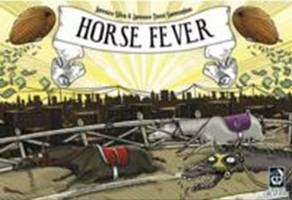 CCS040
Horse Fever
$50.00 SRP
Horse Fever is a horse racing game all about bets and deceits, set in the United States in the 1930s, where only the smartest rich guy will manage to become the Best Wagerer of All Time.
Within a set number of turns, 2 to 5 players will try to make the best bets in order to win Victory Points (PV) and money. To reach their goal they’ll be willing to fix races, buy horses and stables, pay helpers, win auctions and borrow money from the mob, either squandering or multiplying their fortune.
Posted by ACD Distribution at 10:16 AM