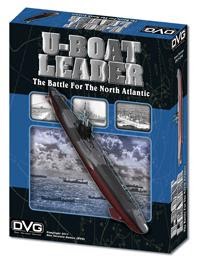 DV1-016
U-Boat Leader
$69.99 SRP
The Battle of the Atlantic was the longest continuous campaign of World War II running from 1939 through to the defeat of Germany in 1945. It involved thousands of ships, stretched over hundreds of miles of ocean, and involved hundreds of convoy battles and single-ship encounters. During the struggle advantage switched back and forth between the U-boats and Allies as new weapons, tactics, and countermeasures were developed and implemented. U-Boat Leader takes the Leader series to new depths, letting players control a group of U-boats on missions in the Atlantic.
The core system of the game will be familiar to players of other Leader games, allowing them to quickly get into the game.
Component List: 165 Full Color Cards 264 Full Color Counters 4 Campaign Sheets Tactical Display Map Player Aid Sheet 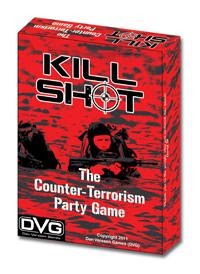 DV1-017
Kill Shot
$24.99 SRP
Kill Shot is ultra fast paced with each terrorist hunt taking only 1 or 2 minutes. An entire terrorist campaign takes less than 20 minutes.
Kill Shot is a speed card game played in real-time, like a firefight. As you and your friends frantically throw down cards, you’ll scream manly phrases like “Cover me!”, “Jam!”, “Reloading!”, and of course the ultimate “Head Shot!”
This is the perfect party game, convention game, and game to play with all your non-gamer friends. The game comes with 1 (ONE!) sheet of rules.
Posted by ACD Distribution at 9:02 AM