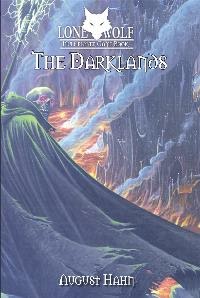 MGP1321
LW: The Darklands
$19.99 SRP
Welcome to Darklands, the book about this most terrible country and the vile beings that rule that blasted scar on the face of Magnamund.
This text will definitively list the Darklords in all their ebon glory, with their powers, their provinces, and their legions in detail. By the time you have finished reading this tome of terror, you will know the ways of evil on Magnamund much better than you did before. You will know which Darklord rules in the domain of Nightmares, which one revels in the applications of torture, and what horrors churn to be awakened in the underhalls of Helgedad. To defeat the Darklords and stop the press of evil, great legends will have to arise. Great powers will have to be mastered. More importantly, great heroes must answer the call of battle.
Can you be such a champion? Can you resist the lure of evil power and fight for the Light? And ultimately, will you have the courage to venture where the road of heroes must eventually go? 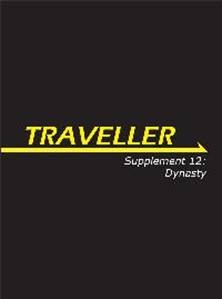 A complete guide on founding, growing and running your own world in Traveller, this book enables the creation of sociologically diverse solar systems or even empires.
Covering a wide range of aspects involving governments, infrastructure, trade, military defenses and even religion, it also allows the development of these unique polities over time; investments, conflicts and random events driving their growth - or indeed, possible collapse! Whether you are a band of adventurers colonizing or conquering their own planet, or seeking to play out a generational game of developing sector-wide dominions, Dynasty will add depth and color to any Traveller campaign. 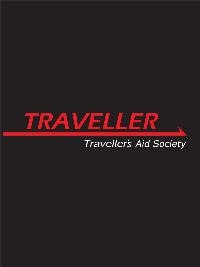 MGP3861
Traveller: Travellers Aid Society
$24.99 SRP
The backbone behind any successful group of wandering adventurers, the Traveller’s Aid Society stretches across known space, offering a place to stay, food, warmth and safety.
However, there are many secrets behind TAS, and this sourcebook uncovers the mysteries behind the society and the resources at its disposal. Included is a guide to the facilities available to members, information shared between TAS sites, and where they can be found. The movers and shakers behind the society are covered, as well as the best ways players can leverage their membership and get the best out of their investment. 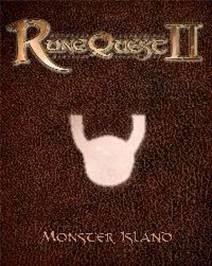 MGP8218
RQ2: Monster Island
$29.99 SRP
Monster Island is a companion volume to Monster Coliseum. That book dealt with the arena; this book deals with monsters and creatures of legend in their natural habitat where they are at their most dangerous.
Monster Island details the different habitats and locales of this mythical place, but, more importantly, slots a host of new monsters into their specific ecologies and describes their habits and natures. RuneQuest Games Masters can use the creature statistics to populate their own games, or use Monster Island as a part of their campaign - a dread place of foul creatures and restless spirits.
All the monsters in Monster Island are new to RuneQuest, drawn from the myths and legends of many cultures and folklore. Some are created especially for this book.
Posted by ACD Distribution at 3:42 PM