From EOS Press and the designer of Arkham Horror 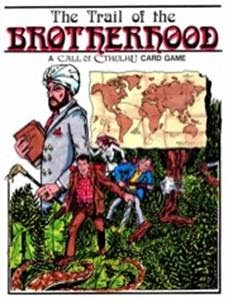 EOS5004
Trail of Brotherhood
$59.95 SRP
Trail of the Brotherhood is an exiting new board game from EOS press and developed by Richard Launius, the creator of the acclaimed Arkham Horror Board Game.
Trail of Brotherhood introduces us to a new world of mystery and terror inspired on the immortal works of HP Lovecraft. It features amazing artwork, and easy to learn, yet difficult to master game mechanics. When the Dark Gods awake, would you be ready to face them?
Playing Trail of the Brotherhood, you and your friends take the parts of intrepid investigators, determined to prevent the end of the world at the hands of a new power that has risen in the world a charismatic madman who can unite the multitude of cults into one, then use that power to call the Old Ones at last!
The twist? The leader is another player. The players seek to stop one of their own, and the race against time is on! Can they track down the Master before the Call goes out and the Old Ones take the earth as their own and revel in human civilization's ashes?
Trail of the Brotherhood is a race against time for the Cultist Player, their goal is to collect the various cults into The Brotherhood, an organization so wide-reaching and profound as to be able to call the Old Ones and end the world at last! The Investigator Players race after the Cultist Player, attempting to stop him by any means necessary from recruiting the cults he needs but of course the Cultist Player can fight back with Spells and Monsters to the bitter end!
The Trail of the Brotherhood includes:
Beautiful works of art in each of the hundred and fifty cards and gameboard Competitive Play each player plays an investigating team, save for the one who runs the Cults who plays against them, trying to end the world. Suitable as a one-of-a-kind gift to your friends who like Lovecraft or just like beautifully dark games! 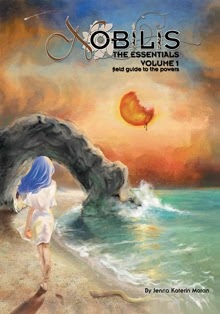 Nobilis: the Essentials, Volume 1: Field Guide to the Powers introduces you to a world of wonders and horrors touching ever so lightly on the world you know.
This book is a sweeping guide to the secrets of the Nobilis and includes a fully-featured diceless roleplaying game for those who wish to live among them.
If you've played the Nobilis RPG before, you'll find an exciting and comprehensive update herein. If you haven't, you'll find everything you need to play, as well as enlightening and useful secrets about the truth behind our world.
Posted by ACD Distribution at 4:09 PM