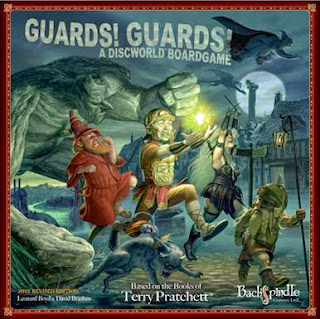 Guards! Guards! A Discworld Boardgame sees players taking on the role of newly recruited members of the Ankh-Morpork City Watch. With the Eight Great Spells missing from the Unseen University, the future of the Disc hangs in the balance. Each player is tasked with collecting and returning a number of the spells to the university before it is too late. The winner is the first to return the five Great Spells shown on his Guild Card. Being set in Ankh-Morpork, many other random hazards face players, but we don't want to spoil the surprise and tell you everything! Where’s the fun in that? 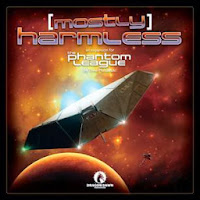 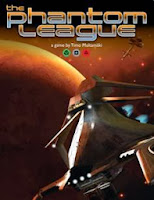 In Phantom League, you are the captain of a merchant spaceship. You begin as a nobody with a hunger for recognition and glory that will soon lead you onto a path of fame or notoriety! Build your career through trading, piracy, exploring new systems and eliminating your rivals in the other Leagues, phantom alliances powerful enough to challenge law and political order across the known universe.

Mostly Harmless expansion will include new cards for almost every deck (docking, improvement, battle, captain, mission, ship and hyperspace). The new cards will extend the game play of the base game and differentiate more between the path of fame and notoriety. Mostly Harmless also includes a new English-language rulebook that covers both the expansion and the base game. 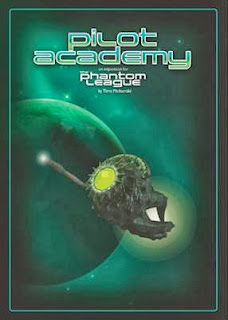 •    Battle rules, which change the battle system radically, and
•    Galactic Balance, which make missions have a larger effect than just Recognition, and Surface Missions, which is another way to gather Recognition (and affect Galactic Balance)

Posted by ACD Distribution at 10:00 AM