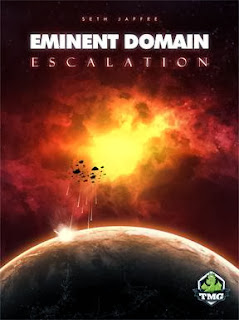 Welcome back, Emperor. The time for unchecked expansion is over. Warmongers raise their flags over weaker empires, while civilized planets take shelter behind peace treaties. Brace yourself for rising tensions in this next chapter of Eminent Domain: Escalation!

New tools at the Emperor’s disposal are available in this expansion: 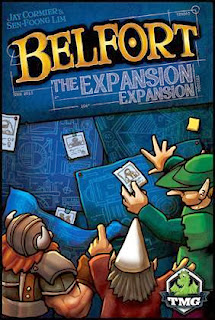 In Belfort: The Expansion Expansion, the King has requested that the architects construct expansions to their existing buildings and because this sounds like extra work, the King has decided to let the architects use his Assistants!
These expansions open up new and individual scoring paths for each player as they expand their own properties. Assistants are chosen in reverse turn order every round and can either help you with their own unique ability (which changes every season), or they can be used to acquire a new permit for an expansion.

Belfort: The Expansion Expansion also includes new guilds, some of which can be used with only the base game and others that require the components in this expansion.

Requires Belfort base game to play.