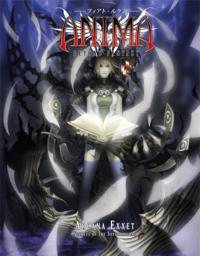 Explore the nature and origin of magic in Arcana Exxet: Secrets of the Supernatural. This authoritative tome of the supernatural is a supplement for Anima: Beyond Fantasy, the roleplaying game of dark fantasy! Discover theorems of magic, metamagic advantages, invocations, psychic powers, and supernatural beings, including Sheele, spirits of the soul. While only those with the Gift can cast spells, Arcana Exxet provides rules for rituals that allow nearly anyone to harness magical powers. Learn about the invisible counterpart to the physical world and better understand the ultimate supernatural force of Gaïa by perusing books of magic, including grimoires full of powerful spells. The magic of Gaïa is older than time, greater than the gods and demons. It is the ultimate supernatural force of Anima: Beyond Fantasy, and Arcana Exxet provides you everything you need to harness it in your games! 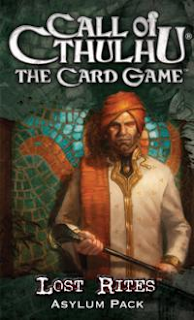 Forbidden secrets and dark rituals alter the face of reality in Lost Rites, the fourth Asylum Pack in the Revelations cycle for Call of Cthulhu: The Card Game. As the game’s different factions race to discover, learn, and master forgotten rituals, players gain two new conspiracies that grant new control over the struggles they will face during the game’s story phase. Lost Rites immerses players in the mythos of Lovecraft’s eerie fiction, enriching the game’s synergies between dark Tomes and the daring Relic Hunters who seek them. Scientists, cultists, and monsters scour the libraries and haunted woods for powerful Tomes and the arcane knowledge they contain. Will the magical forces they unleash hasten the end of days? Or will heroic government agents and Miskatonic University faculty be able to force the Ancient Ones back toward their eternal slumber in distant realms? 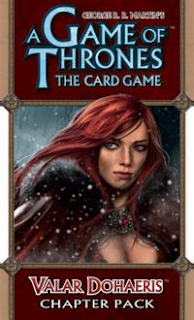 Valar Dohaeris is the second Chapter Pack in the Beyond the Narrow Sea cycle for A Game of Thrones: The Card Game. It introduces cards and strategies meant to welcome new players to the game directly after the Core Set, as well as challenge the traditional thinking of veterans immured in the game’s shifting balances of power. As the Great Houses of Westeros continue to expand their influence into Essos, Valar Dohaeris conveys more of the Eastern continent’s flavor. Two unique locations encourage decks that unite characters from rival houses, players continue their journey down the Rhoyne with four flowing River plots, and a host of new personalities arrive, ready to serve. Knights, Fools, Allies, and Lords–all must show obedience and play their roles in the myriad battles and intrigues launched between rival houses as they seek to claim the Iron Throne. 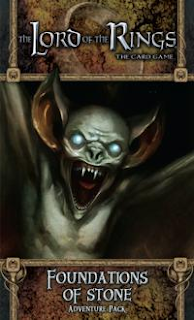 Having set out from Rivendell to discover the root of the increased Orc activity in the Misty Mountains, Middle-earth’s
heroes pursue the trail deep into the darkness of Moria. Their search leads them beneath the mines, down into Moria’s Foundations of Stone. The 60 new cards in this fifth compelling Chapter Pack in the Dwarrowdelf cycle for The Lord of the Rings: The Card Game introduce a new hero and three copies of each player card. Meanwhile, they continue the cycle’s ongoing saga with an all-new scenario that traps your heroes in treacherous underground currents that wash them into a dark and dangerous realm where the nameless things lair! Foundations of Stone allows 1-4 players to explore the subterranean perils beneath the mines of Moria and offers fresh new challenges and surprises for multiplayer games. 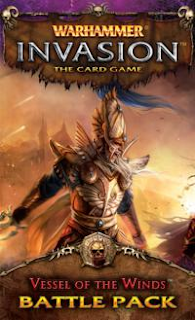 The Accursed Dead is the third Battle Pack in The Bloodquest Cycle for Warhammer: Invasion The Card Game! Undead and the forces of Destruction gain unprecedented necromantic prowess. Even the forces of Order claim new control over their fallen with cards that manipulate players' discard piles and the units therein. Additionally, three of the Old World's races set off on bold new quests to disrupt their opponents' plans, the Dark Elves conduct bold raids, the Orcs gain early card draw, and an adventurous legend lends his strength to the Empire's cause. The Accursed Dead introduces new units, tactics, and attachments (including a powerful new Artefact) that increase the value of your Heroes, legends, and quests. Face the full fury of Dark Magic in the realm of the Undead in The Accursed Dead!
Posted by ACD Distribution at 2:00 PM