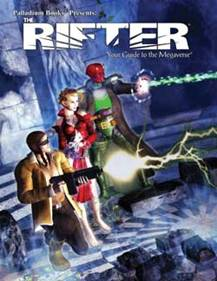 The Rifter® is an idea factory that helps players and Game Masters to generate new ideas and keep their games fresh, and provides useful, ready to go, source material gamers can just drop into their ongoing games.

The Rifter® is a doorway to unlimited imagination and numerous Palladium role-playing worlds. It offers new monsters, villains, characters, O.C.C.s, powers, magic, weapons, adventure and ideas for your games. It presents new villains, monsters and dangers to battle, and new ideas to consider. Every issue has material for Rifts® and at least two or three other Palladium game lines. 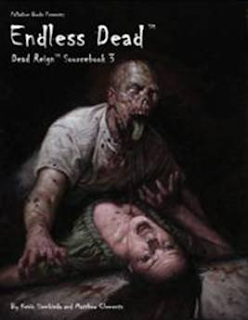 As time goes on, the zombie hordes only grow in size and strangeness. This book contains horrifying new zombies to haunt your player characters along with new O.C.C.s and tons of tables for detailing Survivors’ Hideouts, Safe Haven Communities, Death Cults and more. Survival is not enough. Now is the time for the war against the Endless Dead™.

Posted by ACD Distribution at 3:40 PM

Email ThisBlogThis!Share to TwitterShare to FacebookShare to Pinterest
Labels: may, palladium books, rifter