New Planechase Game Carton by Wizards of the Coast! 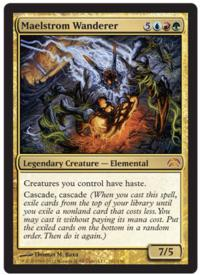 The four new Planechase decks (Chaos Reigns, Night of the Ninja, Primordial Hunger, and Savage Auras) will contain all-new planar decks that contain a new kind of oversized card, and an assortment of new, Eternal-legal Magic cards. Each deck has eight new plane cards and two new phenomenon cards, and these cards are not shared between decks; there are a total of 32 new planes and 8 new phenomena. There are a total of 21 new Magic cards in the set, spread across the four decks. Each deck has six of the cards (counting by name), although some appear in multiples. Each of the four decks contains a sixty-card Magic deck, a ten-card planar deck, and a planar die.
Posted by ACD Distribution at 11:44 AM

Email ThisBlogThis!Share to TwitterShare to FacebookShare to Pinterest
Labels: magic the gathering, planechase, wizards of the coast