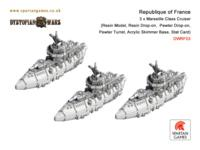 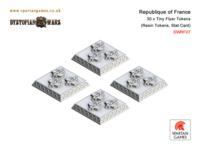 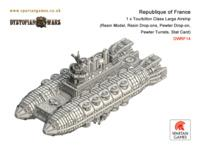 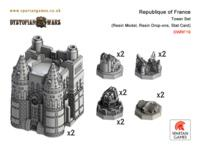 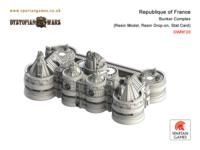 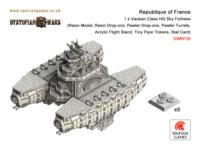 Republique of France Vauban Class HQ Sky Fortress (1 model per blister) No other Nation has access to an HQ Sky Fortress. The intimidating shadow it casts across a battlefield has been known to strike fear into lesser foes. The commanders of the Vauban use the uniqueness of their vessel to catch their opponents off guard and lead their glorious Nation to victory!
Posted by ACD Distribution at 1:30 PM