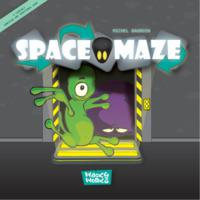 Space Maze is a eurogame with an alien theme. In the game each player represents an alien species. The goal is to steal an ancient relic from a massive structure floating in space. The players compete against each other, all trying to bring home the Relic. The game has a capture-the-flag system.

Pamplona attracts over 1 million visitors each year in July for its nine-day San Fermin festival, originated in the 14th century. The daily Running of the Bulls, so dear to Hemingway, is its highest profile event.

Gold! Gold! Nothing but gold as far as the eye can see. Well, to be honest the landscape holds a few donkeys, too, and while donkeys can help carry all that gold, they'll also eat into your savings if you aren't careful. 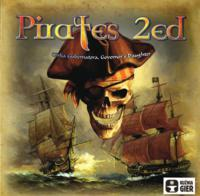 Pirates: Governor`s Daughter is a re-edition of an adventure-economical board game hit. Thanks to the brand new rules, you will experience fabulous sea adventures, sack the cities and trade routes of the Archipelago, get rich dealing with exotic wares or die trying to compel bloodthirsty pirates. And in the end, you will free the beauty in distress and save the world from the Dread Pirate Roberts! Arrgh! 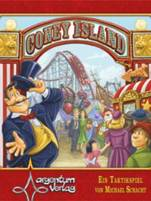 There's still much left to do in order to become the world's largest and most diverse amusement park! Your family (one of four) has a small, but steady income that should suffice to hire a few showmen to bring life to the oh-so-empty park site. As you earn more, you can afford a favor or two: the police officer is kinder to you, you can hire a migrant worker to do extra work, and you can even finagle the attention of a promoter or a journalist! 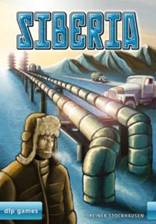 Siberia has a reputation for being a land of vast resources, and players are going to do their best to exploit those resources and convert them into as much loot as possible. 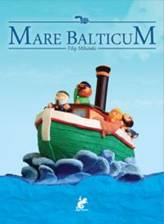 In Mare Balticum each player takes the role of a captain of a fleet of fishing boats. Your task is to catch fish in the choppy waters of the Baltic Sea. Which fish should you try for? The noble salmon, delicious cod, schools of herring, or perhaps the flounders deep in the mud? Or maybe forget about the stinking fish business and focus on collecting beautiful Baltic amber from the water? Whatever decision is taken, captains must also deliver goods to appropriate ports and sell them. Whoever most effectively handles the task and makes a fortune before winter comes and freezes the Baltic waters will be the winner! 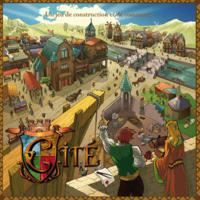 In this fledgling city, things have yet to be built, and opportunities to carve out a commercial empire abound. However, in order to erect the city's largest districts, you'll have to be a shrewd negotiator and a wise spender. Cite includes wood cubes, metal nuggets, pieces of fabric, stones, and more to represent the resources and tiles of different sizes to represent buildings.

Tournay is a card game from the same design team as the 2010 release Troyes with artwork once again by Alexandre Roche. In this game, players manage a district of the city and its three classes of citizens. The cards are classified by level (I to III) and color to form nine distinct decks. Players initially have two citizens in each class that they will use each turn to carry out one of five available actions, such as drawing cards, or using the powers of their buildings. 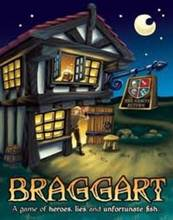 A game of heroes, lies and unfortunate fish. You sit in The Heroes Return, a tavern famed for its heroic clientele. You're not a hero, but you talk a good game. You and your friends are holding court, regaling the crowds with your tales of derring-do. Can you fight your way through a drunken haze to concoct the best boast? The most believable? Or at least ones that are funny? Or will you be called out as the liar you are?

Email ThisBlogThis!Share to TwitterShare to FacebookShare to Pinterest
Labels: board, coffee haus games, june, may