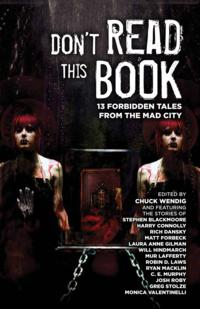 Don’t Read This Book is a fiction anthology set in the world of the Don’t Rest Your Head role-playing game. Down a lonely alleyway, under a starless sky, lies a city that never was, yet is: the Mad City, where nightmares walk the streets, and a good night’s sleep can get you killed. Here, then, is a book from that place. Within these recovered pages are the tales of the Awake, insomniacs who’ve walked those perilous streets, bringing a bit of the power of dream with them to fight back the night—always at a terrible cost. For many, it will not end well. For a few, they might just become heroes—or at least find their way back home. 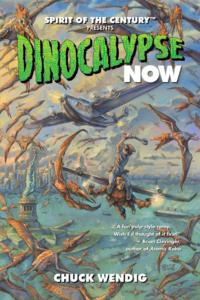 Dinocalypse Now is a novel set in the Spirit of the Century™ universe. Spirit of the Century™ is a roleplaying game published by Evil Hat. When the Century Club is called in to prevent the assassination of FDR, it’s just another day on the job—but what they discover puts not just the President, but the entire world in jeopardy. With psychic dinosaurs taking over Manhattan and beyond, it’s up to Sally Slick, Jet Black, Mack Silver, and the other Centurions to save humanity—from extinction!

Posted by ACD Distribution at 3:23 PM