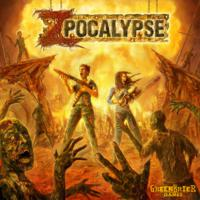 Zpocalypse is a survival board game set in a post-apocalyptic wasteland. Two to four players start in a basement/fallout shelter which can lead out to several base locations or even through the tunnels to sewer grates throughout the transformable board. The survivors are trying to make it day to day in a world torn apart from the walking dead. As in any survival game, one needs food, guns, ammo, and more. Players go out into the wasteland and scavenge for supplies, or perhaps to find a new gun or melee weapon to fend off the next zombie attack. In addition to gathering supplies, each player forms and controls his own squad – and each squad works to fortify the bases. Your walls and barbed wire won't hold the dead for long, however, and they're getting hungry. Characters receive victory points for killing zombies, building defenses, and successfully completing goals. Victory points show who is soldiering on the best in this wasteland. The final tally of points determines the winner. Victory points also act as experience points for leveling up a character. The game combines combat, tactics, resource collecting, character development, team play, and strategy towards the goal of surviving in the Zpocalypse! 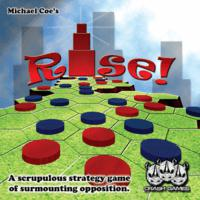 You must build three towers before your opponent beats you in a battle to rise to the top! By cleverly surrounding an empty space with six workers you will break new ground and lay the foundation on a path to victory. Take caution though, if you lose sight of your opponent’s plans your towers may be left in the dust! In this simple yet strategic game, players battle it out by both adding to the ever changing board and placing their workers strategically to watch their towers Rise! While seemingly simple, the entire game can change with the placement of a tile or a fiendish movement with a worker. What actions will you take in a game where winners must balance their construction with the destruction of their opponent? 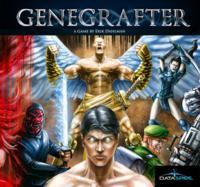 Genegrafter is a fast-paced card and dice game that pits genetically enhanced characters against one another in an epic battle between good and evil. Hurl fireballs and lasers at your opponents while attempting to evade their mind attacks and antimatter explosions. 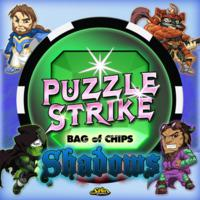 Puzzle Strike: Shadows is a 2 - 4 player stand alone expansion to the deckbuilding game that uses chips instead of cards for easier shuffling. It simulates a puzzle game such as Puzzle Fighter, so each player is trying to fill up the other's gem pile with too many gems. Being closer to losing also lets you draw more chips, so there's a built-in comeback factor. The game has a lot of interaction with other players, and offers the great fun of choosing from one of 10 characters. Game Contents: Almost 350 chips 4 bags for chips 4 game boards 4 game board screens Rule book 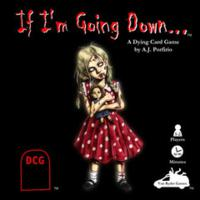 If I’m Going Down is a Zombie-killing card game. You are alone, and you ARE going to die. It is not a question of will you survive, only a question of "How many will you take with you?"

Our Last Best Hope is tabletop roleplaying game where you and your friends will play through a classic disaster movie, like Sunshine, Deep Impact, The Core, or Armageddon, where your characters are the stars. Each game is unique, as your group confronts a new Crisis with a new set of characters and a new plan to save the Earth. While playing Our Last Best Hope, you might: ...launch into space to stop a meteor from destroying all life on Earth. ...drill to the center of the Earth to restart its molten core. ...navigate zombie filled cities to stop a nuclear holocaust. Regardless of the Crisis, you, and your crew, are our last best hope. Our Last Best Hope does not require a GM, nor is there any preptime required before the game starts. Inspired by roleplaying classics like Fiasco and Polaris, Our Last Best Hope is designed to be played as a one-shot epic game that will leave your gaming group with incredible stories.
Posted by ACD Distribution at 9:10 AM